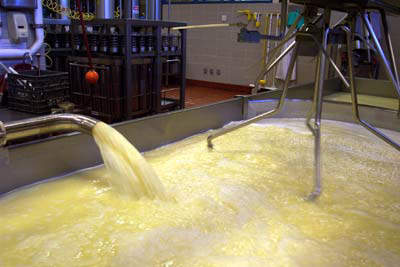 Curds and whey being pumped into Curdmaster flexible vat. 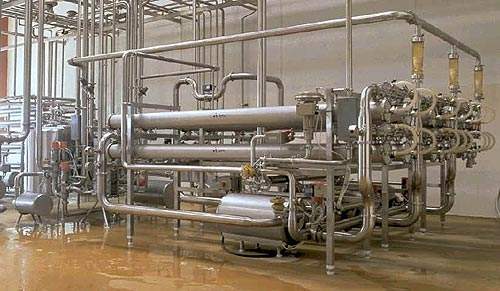 Ultrafiltration unit for the treatment of raw milk. 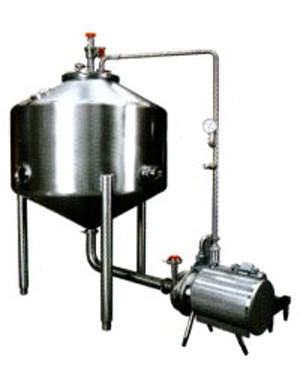 APV pasteurisation equipment for the treatment of raw milk. 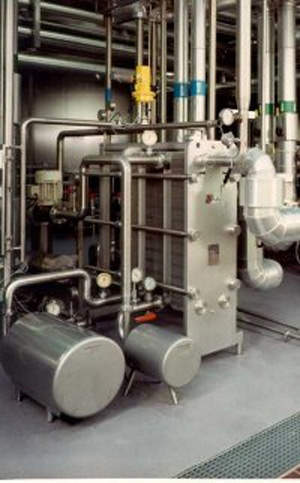 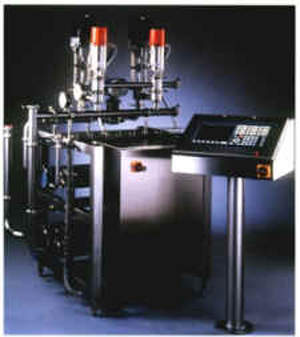 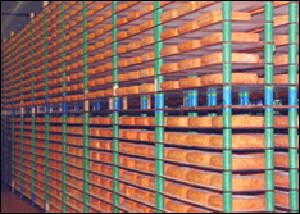 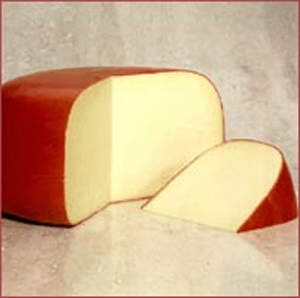 In 2001 Arla Foods formulated a strategic plan of centralisation in its Swedish and Danish operations to increase production through selective plant closures and increased investment in other plants. A total of 17 dairies were closed, with the rationalisation of 1,050 jobs at closing dairies and the creation of 350 new jobs at extended facilities such as Falkenberg. The cheese production line expansion at Falkenberg in southeast Sweden was announced in June 2003 as part of the centralisation plan. The company is the largest producer of rindless cheese in Sweden.

Arla Foods invested more than kr2.3bn ($432.3m) in several projects throughout Sweden and Denmark and the Falkenberg production line was part of this investment. The company increased cheese production at the Falkenberg facility from the original level of 20,000tpa up to 35,000tpa during 2004 and then progressed to 37,000-40,000tpa by 2008.

The expansion project has made the Falkenberg dairy the largest producer of cheese in Sweden. The expansion was completed by the end of 2003 and operational by the first quarter of 2004. The production targets were achieved and exceeded 40,000tpa in 2008.

In April 2011, Arla Foods announced the closure of the Falkenberg plant to improve competitiveness in global markets for yellow cheese. Milk production has been decreasing in Sweden since 2003 leading to increased production costs. The Falkenberg dairy needs to be closed to keep costs down and ensure that the right milk price is paid to co-operative owners.

The company also announced a kr615m ($115.6m) investment plan for two of its dairy plants at Nr. Vium and Taulov in Denmark. Production from the Falkenberg plant will be shifted to the Nr. Vium dairy which will be expanded with an investment of kr125m ($23.4m). Arla Foods will eventually close two dairies at Klovborg and Hjørring in Denmark in order to improve the company’s competitiveness.

The contract to design and install the new production line at the plant was awarded to APV, based in Crawley, UK, in a deal worth €4.5m. APV was acquired by SPX Corporation in February 2008.

"A production line for the ultra-filtration of whey was also installed to separate proteins for refined whey products."

The project criteria set by Arla Foods was for the production line to fit into the footprint of the old equipment, for the end products to have the same quality and consistency as previous products, and that the production line should be capable of a rapid changeover from one product to another.

The production line control system uses WonderWare InTouch in conjunction with an In SQL database. To increase the production capacity of the Falkenberg facility, milk processing capacity also had to be expanded from 650,000l a day to over 1,200,000l a day. The contract for the milk processing capacity expansion was awarded to SWECO. The assignment included the design, procurement and installation of the necessary equipment. Equipment installed included micro-filter equipment for filtration of milk for cheese production.

A production line for the ultra-filtration of whey was also installed to separate proteins for refined whey products (whey protein additives for the food industry) and also a filter for reversed osmosis treatment of the permeate from ultra-filtration to concentrate the liquid for production of animal feed, which is sold as a by product (the cleaned water can then be disposed of in waste water systems and discharged to the environment). Equipment installed also included new compressors and icewater basins.

The production line at the Falkenberg dairy produces Gouda, Tilsiter and Havarti type cheeses. The products need to be of a consistent size after the final maturation process to simplify packaging and reduce costs.

The OPD pre-press produces a cheese block measuring 11.5m x 1.7m. A laser scanning system was developed by APV to ensure this block was of a consistent 170mm height before being divided into blocks and travelling by conveyor to the Sanipress mould. The Sanipress mould applies pressure to the cheese surface via a rubber membrane for a period of 45 minutes. This process removes any excess liquid and results in compressed cheese blocks, which are consistent in size, weight and quality. The mould sizes in the plant allow products of 360mm x 240mm or 760mm x 380mm. The weight accuracy of the cheeses is ±2.5% for Gouda and ±3.5% for Tilsiter cheeses.

APV installed Curdmaster cheese vats (30,000l capacity) at Falkenberg. The Curdmaster has special design features to minimise the loss of protein and fat from the curd and to give a more uniform size to the curd.

The ‘knives’ on the tank agitator were designed to give clean cuts through the curd, thus reducing fines, fats and small particulates in the whey. Curd size can then be controlled to the optimum for the type of cheese being produced.

The agitator shovels were designed to improve the lift of the curd in the whey and improve mixing.

The agitator speed has also been reduced to decrease the mechanical effects on the curds. The overall effect of these improvements means a decrease of fat and cheese fines in the whey of 35%, giving a much improved cheese yield and reduced waste.

The production line at Falkenberg allows easy changeover from the production of Gouda to Tilsiter cheese, which gives great flexibility. The wash-down and mould change have been engineered to minimise the down time of the production line during changeover or routine hygiene operations. The finished product sizes are either 360mm × 240mm or 760mm × 380mm and the plant has been geared up for these specifications.

As far as sustainability is concerned the businesses (including the cheese production facility) and homes around all benefit from two very successful community power generation schemes. This allows them to generate 30% of their own power and also produce hot water for the community.