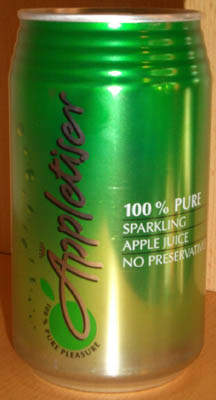 Appletiser can, which is produced at the plant.

Appletiser slim taper bottle which is filled at the plant. 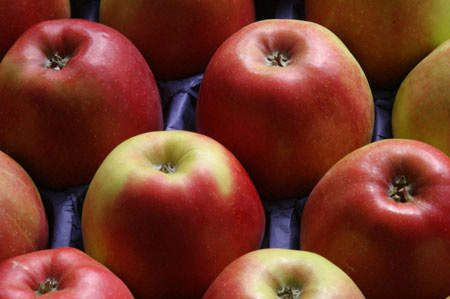 New experimental variety of apple (Virginia Red) being experimented with as containing more juice than Granny Smiths and Golden Delicious. 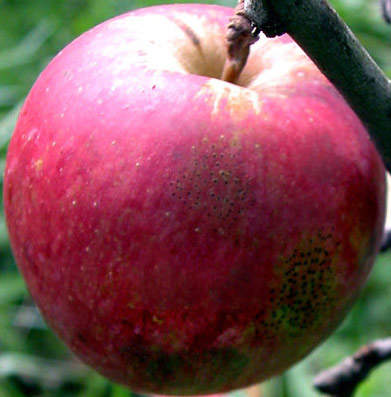 Virginia Red on the tree. 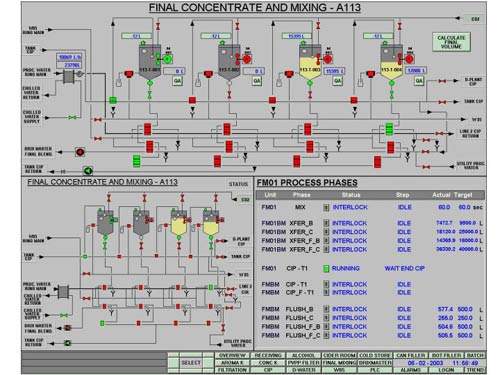 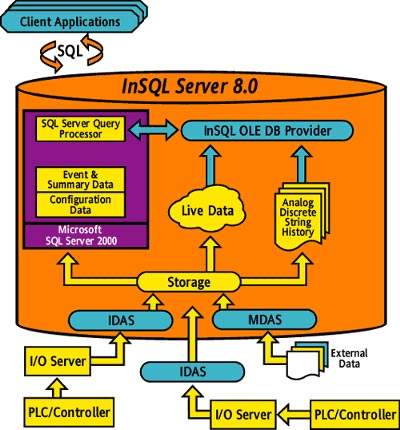 The InSQL server receives data from across the plant.

The lightly carbonated apple drink was first produced in 1966 in Western Cape by Edmond Lombard, an apple farmer who also coined the name Appletiser from apple and appetiser.

In early 2001, the Appletiser apple processing and bottling plant at Applethwaite Farm in Grabouw, Western Cape, South Africa was recognised as requiring an upgrade to increase its capacity and efficiency. The contract for the upgrading of the plant equipment and processes was given to APV.

The investment into the plant totalled ZAR11m ($1.6m) and the upgrade was completed in record time by early 2003. The work was carried out in conjunction with the subcontractor Chaswill Processing Technologies, who provide automation technology for APV.

“The lightly carbonated apple drink was first produced in 1966 in Western Cape by Edmond Lombard, an apple farmer who also coined the name Appletiser from apple and appetiser.”

In 2002 the Appletiser operations achieved ISO14001 environmental management certification. This standard requires companies seeking certification to consider the environmental aspects of their products and services and conduct environmental audits. As part of this process, SAB noted the heavy water requirements of juice processing and was determined that the plant upgrade would significantly reduce effluent discharge. The plant itself produces juices in line with 85 master recipes.

Associated Fruit Processors is a South African company in Western Cape, which produces the majority of the apple juice used in the production of Appletiser at the Grabouw plant. This producer uses enzymes from Novzyme to achieve an increase in the yield of juice during the apple harvest and also to be able to produce a more consistent quality during the pressings.

The company processes mainly Granny Smith and Golden Delicious apples. The company was able to increase juice yields even further during the 2003–2004 season, by their introduction of a new range of enzymes called Pectinex XXL. The company is also experimenting with new varieties to produce more juice per ton of apples.

APV started the upgrade work in late 2001 and were able to finish the work with full commissioning and validation of the plant by February 2003. Throughout the process the project design team considered the implications of the ISA’s S88 batch processing standard. The team were able to capture the best practices in juice making in the automated solution, while allowing flexibility to adjust for raw material variances to allow consistency with the master recipe.

Futuristix Wonderware’s InTouch, InSQL (Industrial SQL server) and ActiveFactory software was chosen for the purpose. This software system is able to provide a single, integrated view of all control and information resources throughout the plant to allow operators to view and interact with the workings of the entire operation through detailed graphical representations of the control and production processes.

While the InTouch software allows staff to view resources throughout the plant in real-time, InSQL detects and reacts to process events and enables post-processing of data, such as snapshots of key process variables and data. An ActiveFactory system running on the server was linked to the desktop computers of the management, providing a ‘sensor-to-boardroom’ information pipeline that displays the same real-time trends as monitored by the operators.

The control system has a unique fault finding capability that informs operators why a phase in the process is on hold and also displays the specific device responsible for the problem on a display screen.

“Appletiser is one of the most popular soft drink brands in South Africa.”

By integrating the plant’s monitoring and process software in this way, APV transformed the complex art of juice making into a set of documented procedures within controlled processes.

This was instrumental in an improvement of the overall quality control at the plant so that the tolerance of final product acceptance could be reduced by a significant margin.

Chaswill, as a partner of APV also worked with the company to automate the plant processes according to a design provided by APV. Chaswill, who are based in the Western Cape, provided labour, installation resources and an automation expert who installed the Wonderware software.

The original plant used two manual clean-in-place (CIP) systems. This meant that cleaning fluids and water were used once before being discharged. This system created considerable demands for water and added effluent discharges from the plant.

The APV automation involved the replacement of the manual systems by a single, automated CIP system. Cleaning fluids can be used to their full extent, rather than being disposed of while they are still effective.

The automation equipment installed at the plant can monitor the CIP system, assess the efficiency of the cleaning fluids in use, and top them up or replace them with new fluid as required. This means that Appletiser is able to reduce effluent discharges from the plant. Appletiser also used the upgrade to replace filters at the juice processing plant. The company worked closely with the Pall Corporation on a tailor-made filtration settlement that closely matched the plant’s requirements.