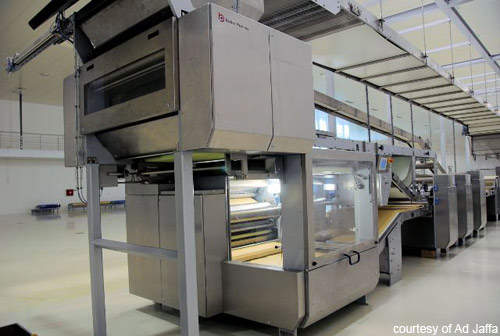 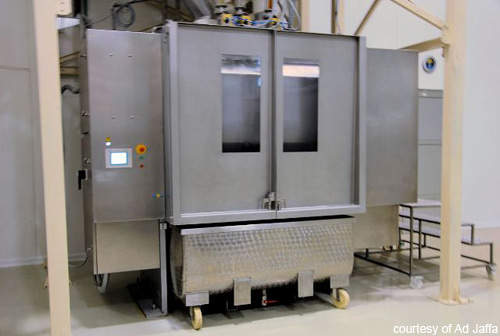 The new Ad Jaffa factory incorporates a mix of older equipment from the previous facility and new technology from Baker Perkins. 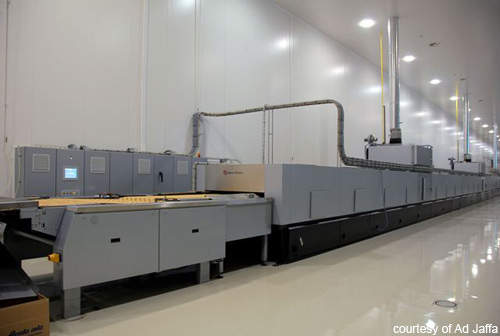 The hybrid oven supplied by Baker Perkins can bake to any product specification required at the Ad Jaffa facility. 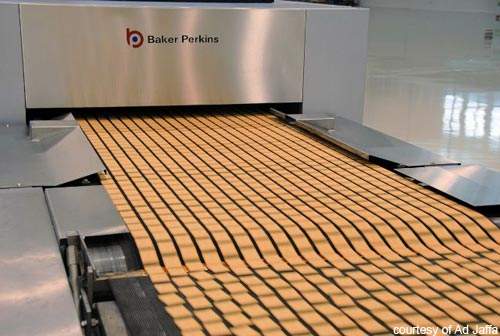 Petit Beurre and crackers will now be added to Ad Jaffa's repertoire with the completion of the new facility. 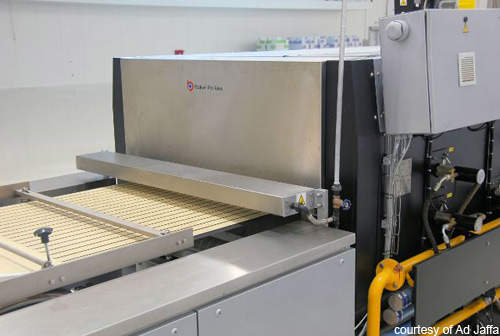 Products are cooked at high temperatures on entry to the hybrid oven but then dried and coloured further along the production line.

Ad Jaffa, based in Crvenka, is one of the best-known biscuit manufacturers in Serbia and Montenegro and among its neighbours in Eastern Europe. The company has been in the biscuit business for over 30 years and has several speciality products such as the ‘Jaffa cake’ (taken from the company name), the ‘O’ Cake (crunchy biscuit with rolled oats) and the Munchmallow. All of the biscuits come in a variety of flavours and formats of packaging.

The company decided in 2005 that it was time to expand its production capability (capacity) and product range and also to introduce new warehousing facilities. The only way to achieve this was to construct a new factory; this was completed in 2006.

The total area of the new factory is 12,000m² and it includes a production section, warehouses for raw materials and packing, a warehouse of finished products, offices, a laboratory and workshops.

The new factory required an investment of €20m to construct and outfit. November 2007 saw the installation of yet more equipment in the production building to produce flat waffles.

Although the new factory used equipment from the old facility, new equipment was also added to expand the range of products that could be produced. Baker Perkins was the company approached to provide new technology for the biscuit factory. It supplied and installed a flexible, automatic biscuit production plant, which would allow an expanded product range.

Ad Jaffa will now produce Petit Beurre and savoury crackers to add to its repertoire. The Ad Jaffa system is complete and includes all of the processes from mixing the dough to baking and cooling the final product.

The system allows the production of two very different biscuit styles on the same production line and also gives the flexibility for the expansion into new brands in the future. The system uses the 540 series combination laminator, which can produce laminated products like the harder Petit Beurre and also sheeted/layered products such as crackers.

“The capacity of the production line allows 500kg of finished products per hour.”

The hybrid Baker Perkins oven provided to the new facility gives the flexibility to bake products with very hot and or humid conditions at the start of the baking process, with the control later in the process to provide efficient drying and colouring.

The biscuits, cookies and crackers produced at the plant can be divided into six categories according to the heat they require to be cooked and finished. The hybrid oven can be set up to bake to any specification required at the factory for present or future products.

The installation at the new facility also included a rotary moulder for the production of soft dough products. The capacity of the production line allows 500kg of finished products per hour. Part of the new factory involved new packaging equipment from Cavanna.

As part of the new factory Ad Jaffa installed a modern warehouse with the capacity for over 4,000 pallets and working to a height of 10m. The warehouse is of semi-automatic multi-level design and allows the storage of finished products and their easy retrieval for shipping, alongside storage of raw materials for production.