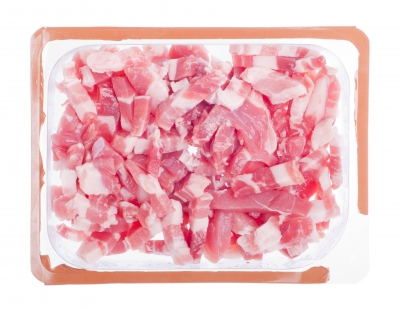 The US Congress is expected to repeal mandatory country-of-origin meat labeling (COOL), which according to the World Trade Organization (WTO) violates trade agreements, and allowed Canada and Mexico to impose a tariff of $1bn in retaliation on the US.

COOL was put into law in the 2002 Farm bill, and is intended to offer greater transparency to consumers on the food they purchase.

Congress bolstered the law in 2013. COOL requires imported beef and pork products sold in the US to carry information on packs where the animals were born, raised and slaughtered.

As part of the ‘omnibus’ $1.15 trillion spending bill, Congress is expected to end mandatory COOL by the end of this week.

"The spending bill will repeal portions of the COOL law that were deemed discriminatory by the WTO."

Canada and Mexico challenged the rule with the WTO on grounds that it was discriminatory, and consequently, the world trade body contested the labelling rule twice.

Last week, WTO had stated that Canada and Mexico could impose $1.01bn in tariffs on US products in retaliation for its country-of-origin labeling (COOL) law.

The global trade body stated that the law was discriminatory.

Canada could impose a tariff of approximately $781m on US products, while Mexico could seek around $228m.

WTO then said that the rules led to "a disproportionate burden on producers and processors of livestock that cannot be explained by the need to provide origin information to consumers."

Canada and Mexico have long been arguing that the COOL ruling severely impacted their livestock export volume to the US.

According to the two US trading partners, US buyers avoided cattle or hogs from Mexico and Canada in order to cut down tracking costs resulting from the COOL law.

Although Canada and Mixico urged the WTO to authorise $3bn in retaliatory tariffs, the global trade body settled on the amount of $1.1bn after using a different methodology to calculate the COOL impact on the economies of the two countries.

The COOL law was backed by ranching groups and consumer groups in the US, which believe that it will make shoppers avoid buying food from countries that do not have stringent safety rules. However, meatpackers felt that it only led to high costs.

Advocates of COOL, however, condemn the move to repeal the law. Washington-based nongovernmental organisation Food & Water Watch was quoted by AFP as stating: "Unfortunately, Congress bowed to pressure from the meatpackers… in order to obey the dictates of a World Trade Organization ruling."

Senate Appropriations Committee vice-chairwoman Senator Barbara Mikulski was quoted by AFP as stating that the spending bill will repeal portions of the COOL law that were deemed discriminatory by the WTO.

Image: COOL requires imported beef and pork products sold in the US to carry information on packs where the animals were born, raised and slaughtered. Photo: Courtesy ofartur84/FreeDigiatlPhotos.net.