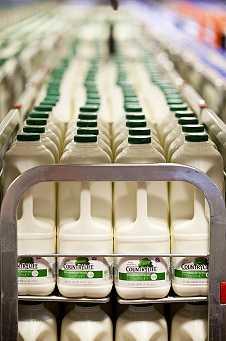 The deal was announced last November; however, the Competition and Markets Authority had concerns as the acquisition could squash competition, given that Müller and Dairy Crest are leading dairy processors in the UK, handling approximately 3.5bn litres of milk a year, and nearly holding 50% of the market share.

As the two dairy firms look to complete the transaction by the end of December this year, the UK market will be dominated by three big players; Müller Wiseman, Denmark’s Arla, and the First Milk farmers’ co-operative.

In order to get approval from the competition authority, Müller submitted a proposal to process up to 100 million liters of milk annually in Dairy Crest’s Severnside dairy processing site on behalf of one smaller rival, Medina Dairy, in the south west for up to eight years, and to supply to grocery retailers in the south west.

Before announcing its final decision, CMA had invited third parties to submit their opinions on the transaction.

Once the deal is completed, Dairy Crest will pay £15m to Müller to help meet the additional cost of the modified undertakings, and focus on its profit-making cheese and spreads operations, including Cathedral City cheddar.

"We are delighted that the sale is now confirmed and will complete this year. This is a transformational moment for Dairy Crest and the wider dairy industry."

Müller also announced that it has withdrawn its right not to complete the purchase if there is a drop of more than £20m from the agreed level of profitability in Dairy Crest’s operations.

Dairy Crest now intends to finalise its consultation with employees.

Dairy Crest CEO Mark Allen said: "We are delighted that the sale is now confirmed and will complete this year. This is a transformational moment for Dairy Crest and the wider dairy industry. The deal will help to create a more sustainable UK dairy sector.

"It will deliver economies of scale and cost efficiencies that will underpin investment in the sector and help the UK to compete more successfully in global markets. Dairy Crest will now be able to focus on growth, through both our branded cheese and spreads operations and new revenue streams from manufacturing products for the fast-growing global infant formula market.

"We will work with Müller to ensure completion is achieved as smoothly as possible."

Image: Once the deal is completed, Dairy Crest will focus on its profit-making cheese and spreads operations. Photo: Courtesy of Dairy Crest.