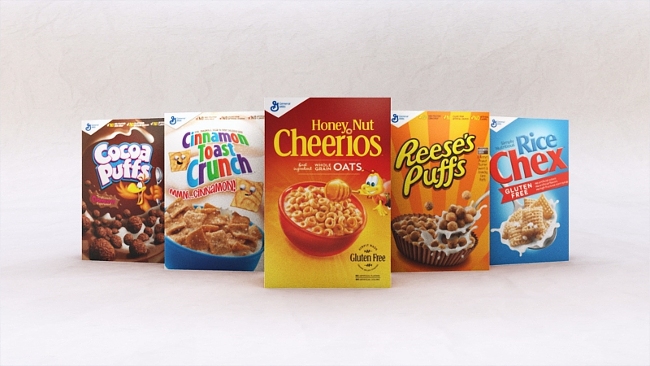 General Mills is launching seven updated cereal recipes as part of its commitment to phase out artificial flavours and colours from its cereals by the end of 2017.

The cereals are now made with fruit and vegetable juices, spice extracts such as turmeric and annatto to obtain a mix of colours such as red, yellow, orange and purple in the company’s Trix and Fruity Cheerios. A natural vanilla flavour will be introduced in Reese’s Puffs and Golden Grahams.

The company claims 75% of its products are now free of artificial flavours and colours.

"All of our Big G cereals contain at least ten grams of whole grain per serving and many also deliver underconsumed nutrients."

The launch of updated recipes emerges after the release of the US 2015 dietary guidelines that outlines the need for US consumers to add more whole grains in their diet along with vegetables.

General Mills’ Big G cereals has been working on this area since 2005, the company says. The work resulted in the introduction of whole grains as the primary component in all of its cereals.

General Mills Bell Institute of Health and Nutrition senior nutrition scientist Lesley Shiery, RD, said: "We are thrilled to see the 2015 dietary guidelines continue to recommend making half of your grains whole and recognising 16 grams of whole grain as a serving, which was not in the previous guidelines.

"All of our Big G cereals contain at least ten grams of whole grain per serving and many also deliver underconsumed nutrients for specific populations like vitamins A, C, D, calcium and iron."

The dietary guidelines promotes the intake of vegetables, fruits, grains, low-fat and fat-free dairy, lean meats and other protein foods and oils, while urging limitations on the consumption of saturated fats, trans fats, added sugars and sodium.

Image: General Mills claims 75% of its cereals are now free of artificial flavours and colours. Photo: courtesy of General Mills.