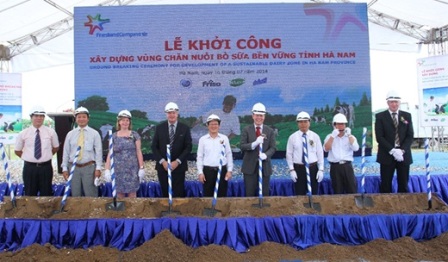 The company is working on the project in partnership with De Heus, Wageningen UR, The Friesian Agro Consultancy Fresh Studio, Ha Nam Government and the Dutch Government within the Facility for Sustainable Entrepreneurship and Food Security (FDOV).

The project involves the construction of three dairy zones by 2018 and each zone will include around 50 dairy farms, producing about seven million kg of fresh milk per year. It will create around 345 jobs.

After five years of project participation each dairy farm will include a herd of 50-80 heads.

The project also involves the development and implementation of training programmes and the establishment of a dairy cattle feed supply chain for farmers.

As the main partner in the project, FrieslandCampina will assume the roles of management, execution and direct investment.

In Vietnam, the company will set up three specialised dairy zones with two pilot dairy farms in each zone.