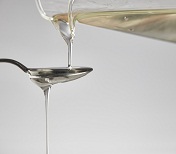 UK-based dairy processing company Dairy Crest has acquired the remaining 50% stake that it does not currently own in Promovita Ingredients from Fayrefield Foods.

Promovita was set-up as a 50:50 joint venture (JV) between Dairy Crest and Fayrefield in 2014. The JV develops and produces galacto-oligosaccharide (GOS), which is a prebiotic used in infant formula.

Dairy Crest believes that the complete ownership of Promovita will benefit its shareholders as it allows the dairy company to have sole control over the GOS business and to gain advantage of the benefits derived from this business.

The acquisition is valued at around £6m.

Dairy Crest has invested in manufacturing capability at Davidstow and has also produced samples of GOS in the past.

"Dairy Crest is investing £45m in manufacturing machinery to produce demineralised whey at the Davidstow site."

Dairy Crest CEO Mark Allen said: "This is a further important step in the evolution of our added-value ingredients business. We remain on track to begin commercial production of GOS in early 2016 and this acquisition gives us full control over the development of this exciting business."

In addition to investing in GOS, Dairy Crest is investing £45m in manufacturing machinery to produce demineralised whey (DW) at the Davidstow site, reports Foodmanufacture.co.uk.

Dairy Crest has reached a strategic partnership with Fonterra, which would sell the two products in the infant formula market.

In October, Dairy Crest received approval from Competition Markets Authority (CMA) to go ahead with the £80m sale of its dairy operations to Muller UK and Ireland Group.