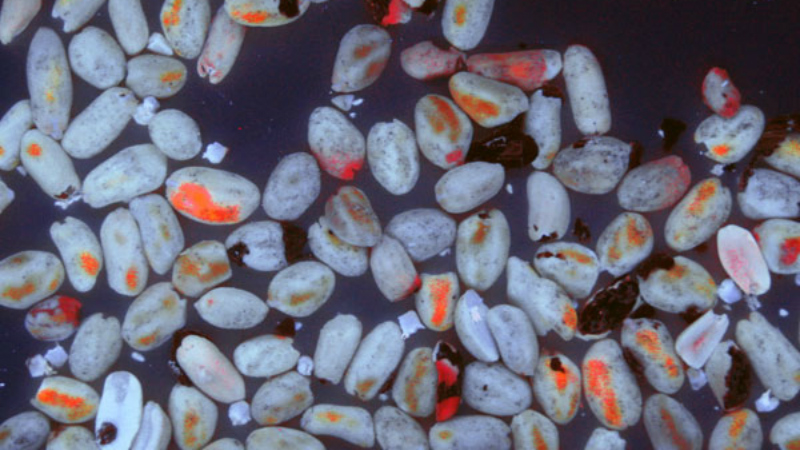 Killing an estimated nine million people a year, with rising mortality rates, cancer is the second leading cause of death in the world.

The World Health Organization (WHO) notes one of the most common forms is liver cancer, accounting for around 800,000 deaths. This cancer is particularly prevalent in Eastern and South-Eastern Asia.

Although there are many causes of liver cancer, most are avoidable with lifestyle choices such as smoking and drinking alcohol being key contributors. One of the leading factors is contaminated food, which often cannot be directly controlled by members of the public although it is technically avoidable.

Aflatoxin is a toxic natural substance produced by fungus and mold in certain foods. It is an ongoing threat to the global population. The toxin can be found in a number of food types but is most commonly found in grains such as rice and corn, soybeans, certain cooking oils, and nuts (particularly peanuts).

Research shows that the chronic intake of foods infected with aflatoxin can increase the risk of dying from liver cancer by up to 66%. It is classified as a group 1 carcinogenic agent and is estimated to be 68 times more deadly than arsenic.

Aflatoxin generally grows in damp environments such as storehouses that are not kept below a certain humidity level, and can quickly spread once it develops, infecting other food and products.

As it is colorless and tasteless, it can be extremely difficult to identify. The substance can also withstand temperatures up to 280℃, meaning it cannot be destroyed or removed by cooking or boiling. As a result, many traditional methods have proven ineffective at detecting or removing aflatoxin.

As a global pioneer in sensor-based sorting, TOMRA continues to dynamically drive the development of more efficient sensors to enhance customer processing lines. The company fully understands the importance of eliminating aflatoxin from the food manufacturing process and ensuring food safety, to protect consumers around the world. TOMRA has therefore collaborated closely with food manufacturers and processors to ensure food quality.

Aflatoxin is not only a major health threat, but also a commercial and logistical issue for many food exporters. Grains and nuts exported from some countries, such as China, are frequently rejected by customs officers at international borders due to excessive aflatoxin levels.

This is further compounded by the differing restrictions on permitted levels in many zones, ranging from 2ug/kg in the EU to 20ug/kg in the US. Worldwide, China accounts for 55% of all liver cancer cases and it is thought that aflatoxin is a key contributor to this figure. The problem has also been encountered in Africa in the maize value chain in Kenya and the groundnut value chain in Mali.

To enable food processors around the world to supply consistently high-quality food and also conform with strict food safety standards enforced by many importing countries, TOMRA has developed and delivered cutting-edge sensor-based sorting technology that is tailored to each market, including the Detox laser.

The Detox laser utilises a special optical design that can detect aflatoxin contamination. It works by identifying the extremely low intensity of light reflected by the aflatoxin mold and fungus in a variety of food types, from peanuts, almonds, and hazelnuts to dried fruit, such as figs. Infected food can then be removed and eliminated from the production process, helping to ensure a compliant end product.

The Nimbus BSI free-fall laser sorting machine combines a number of ground-breaking technologies, including the Detox laser, to help reduce the threat of aflatoxin. The machine is capable of detecting challenging and critical defects, as well as foreign materials that are typical for these industries.

The result is the removal of food that is a threat to public health, meeting increasingly high quality demands from consumers. This technology contributed to the Nimbus BSI being awarded the Innovation Award at the World Nut and Dried Fruit Congress.

State-of-the-art laser technology is combined with BSI technology to specifically identify the material’s unique fingerprint. The Nimbus is also able to sort based on various biological characteristics, which include chlorophyll, through Fluo technology; other fungal toxins, such as mycotoxins, through Detox technology; and water and oil, with AFMD technology.

The result is consistently high-quality output that helps to satisfy business and consumer requirements while also helping to safeguard public health.