Novatech Controls is a world leader in the manufacture of oxygen probes, analysers and sensors for a range of applications, including those in the food processing industry.

In 1980, Novatech initiated the development of an oxygen transmitter based on zirconia oxygen sensing research by the Australian government research body CSIRO. Since 1982, Novatech has invested vast amounts of its resources into developing the world’s leading range of zirconia-based oxygen sensors, analysers and transmitters.

This development work has the strong foundation of the world’s most robust zirconia oxygen sensor. The products have been a huge success; every power station in Australia has replaced its oxygen probes and transmitters with Novatech equipment and 80% of products manufactured are exported to more than 50 countries around the world.

By 1994, the levels of in-house designed and developed products had reached 95% and included new products such as an NDIR analyser for carbon dioxide gas purity measurements.

The new, third-generation, Novatech 1737 series oxygen (O2) and carbon dioxide (CO2) analysers are designed for use in modified atmosphere packaging (MAP) and controlled atmosphere packaging (CAP) to measure the trace oxygen and carbon dioxide levels in food packages. The Novatech 1737 analysers can be used in the packaged food and pharmaceutical industries for quality control of headspace content.

The on-board data memory will hold up to 3,700 O2 / CO2 measurements with a date / time stamp. Data download of analysis sets to a PC in comma-separated variable (CSV) format is achieved via Bluetooth radio link over distances up to 10m.

The Product function of the Novatech 1737 analysers allows up to 200 products to be identified by name and number. Each product description can have individually tailored alarm levels and sample numbers.

The sampled gas flow rate is measured by means of a mass-flow sensor. An alarm advises of blockages affecting the sampling process. All of these features, together with the large 10cm graphic display, provide operator-friendly and error-free operation.

The Novatech 1737 series analysers can be battery or mains operated. Instruments can be supplied in an optional rugged carrying case and with accessories including a metal can piercing tool, hypodermic needles for plastic packs, septum silicon strips and filters for dry particulates as well as a software interface for data transfer. 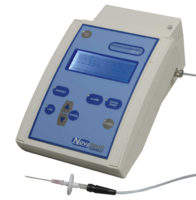 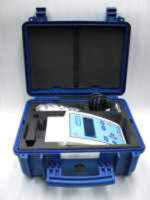 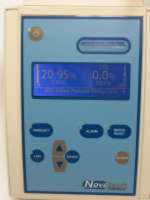 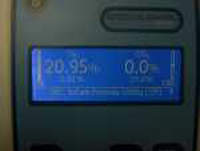