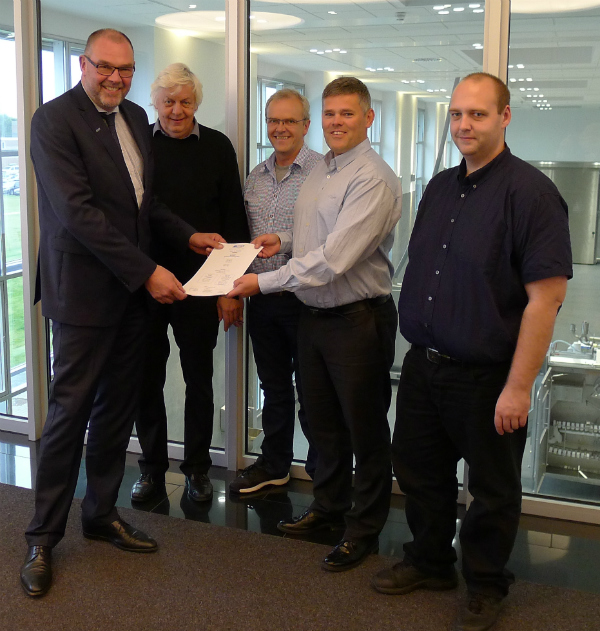 Lerøy Midt signed the contract with BAADER to be part of the new Salmon Processing factory in Jøsnøya on Hitra.

Lerøy is building a new state-of-the-art Salmon factory to be prepared for the future with a capacity of 100,000t of salmon per annum. The new factory will open in May 2018.

We thank the Lerøy Seafood Group, as the leading exporter of seafood from Norway and the world’s second largest producer of Atlantic Salmon, for being part of this new factory.

With this new facility Lerøy expect to set new Benchmarks also for the salmon gutting.

BAADER is pleased to announce that Lerøy has decided to buy several new Gutting Machines -BAADER 144 in combination with the new Speed Feed System BAADER 1570.

Lerøy Midt production director Frode Arntsen stated: "The new BAADER 144 Gutting Machine together with the BAADER 1570 Speed Feed System will be our ‘money maker’ due to a tremendous increase of efficiency.

"It is the best solution for a perfect and clean princess-cut at a revolutionary speed ever. A perfect final product starts with a perfect gutting. We have long good relationship with BAADER and very good experience with their products and service."

Lerøy is committing themselves for maintaining the highest standards. With their new factory they will follow this commitment and will invest in latest innovative BAADER technology. BAADERs Salmon Gutting Solution is one core part of this sophisticated new factory.