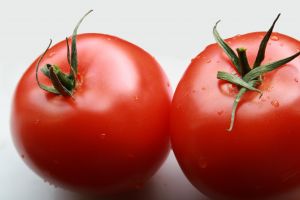 Researchers at the University of California, Los Angeles (UCLA) have developed genetically engineered tomatoes that could produce a peptide that acts like the main protein in good cholesterol when consumed.

The tomatoes were genetically engineered to produce 6F, a small peptide that simulates the action of apoA-1, the chief protein in high-density lipoprotein (HDL or good cholesterol).

The study, which was published in the Journal of Lipid Research, found that mice that were fed these tomatoes in freeze-dried, ground form had lower levels of inflammation and plaque build-up in their arteries.

Senior author Alan Fogelman said that this is one of the first examples of a peptide that mimics the actions of the main protein in good cholesterol and can be delivered by simply eating the plant.

"There was no need to isolate or purify the peptide – it was fully active after the plant was eaten," Fogelman added.

"There was no need to isolate or purify the peptide – it was fully active after the plant was eaten."

This indicates that targeting the small intestine could be a new strategy to prevent diet-induced atherosclerosis, a plaque-based disease of the arteries that can lead to heart attacks and strokes, according to researchers.

The study’s corresponding author Srinavasa T Reddy said that it is likely that the mechanism of action of the peptide-enhanced tomatoes involves altering lipid metabolism in the intestine, which positively impacts cholesterol.

The study and findings resulted from years of work in searching for an apoA-1 peptide that could be practically produced.

While peptides prior to the 6F version required additions that can only be achieved through chemical synthesis, the 6F peptide does not require these additions and can therefore be produced by genetically engineering plants.

The study was supported in part by the US Public Health Service Research Grants HL-30568 and HL-34343 and by the Laubisch, Castera and MK Grey funds at UCLA.

Image: The study found that mice that were fed the genetically engineered tomatoes had lower levels of inflammation and plaque build-up in their arteries. Photo courtesy of Alaina Cherup.