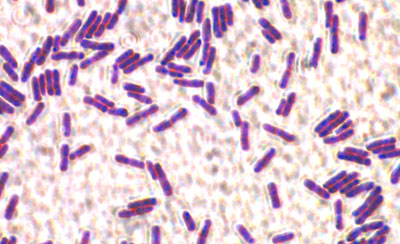 Food scientists at Cornell University, US, have identified predominant spore-forming bacteria in milk and their unique enzyme activity, a finding that could help to extend the shelf-life of dairy products and improve their quality.

The researchers found that one single strain in particular, called Paenibacillus, can cause curdling in dairy products and affect flavours in a variety of foods.

The study co-author Martin Wiedmann said that about 1,288 bacterial isolates in raw milk, pasteurised milk and the dairy farm environment were studied, but only a few strains accounted for 80% of the spore formation.

"They grow well in milk – and possibly other foods – at temperatures as low as 43°F, and we can identify Paenibacillus because of their uniquely high galactosidase enzyme activity at 32°C," Wiedmann added.

The researchers also evaluated the effect of pasteurisation on spore-forming bacteria by assessing their numbers in refrigerated milk that was pasteurised at two different temperatures, 169°F and 175°F.

It was identified that lowering the pasteurisation temperature significantly reduced the growth of bacteria during refrigeration, especially after 21 days.

"According to researchers, a small jolt of heat during pasteurisation may stimulate the spores to germinate."

According to researchers, a small jolt of heat during pasteurisation may stimulate the spores to germinate.

These results are already being used in the dairy sector – Upstate Niagara, a cooperative of more than 360 dairy farm families in New York, has enlisted the help of the university to improve the quality of their milk by evaluating milk samples for spore-formers.

The researchers expect the collaborative project to become a model for ways to approach spore-forming bacteria in individual dairy processing plants.

This study was published in Applied Environmental Microbiology journal and was conducted by Cornell’s College of Agriculture and Life Sciences, as part of the Milk Quality Improvement Program.

Image: Gram stain showing Paenibacillus, a spore-forming bacteria that can cause off-flavours in a variety of foods and curdling in dairy products. Photo: Cornell University.