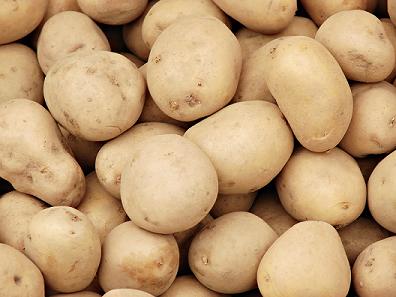 Researchers at Nottingham Trent University, UK, have developed a novel and natural method which uses ‘nano-rust’ particles to fortify potatoes with iron, an innovation which could help tackle iron deficiency anaemia.

Anaemia affects nearly a quarter of the world’s population, with 50% of these cases caused due to iron deficiency anaemia.

Iron deficiency is a major problem in several countries due to the low iron content in staple foods such as potatoes, rice and wheat.

The problem is expected to worsen in the future as meat and fish become more expensive, resulting in a less nutritious and iron-deficient diet for many people.

In the study, the researchers were able to enrich potatoes with iron by covering nano-rust particles in a stealth-like coating, which causes the plantlets to absorb the particles into the roots before breaking them down into regular iron.

The researchers were able to significantly increase the iron concentration in potatoes, while retaining all the typical nutritional elements.

"This would be a far cheaper alternative than vitamin tablets, and could be explored for other elements such as calcium and selenium."

According to the researchers, iron uptake through fortified potato consumption could be significantly higher than that gained through the consumption of iron supplements and breakfast cereals, which pass only about 10% of available iron into the body.

Nottingham Trent University’s School of Science and Technology researcher Dr Gareth Cave said that if farmers were to start incorporating iron into their potatoes then it could be a major step forward in tackling iron deficiency anaemia.

"This would be a far cheaper alternative than vitamin tablets, and could be explored for other elements such as calcium and selenium," Cave added.

The method has also resulted in the potatoes growing faster and bigger, and to understand this occurrence, the researchers are planning to initiate a project with the Potato Council with funding from the Biotechnology and Biological Sciences Research Council for an Industrial CASE studentship.

In addition, the researchers plan to test if rice can be enriched with iron through the same method.