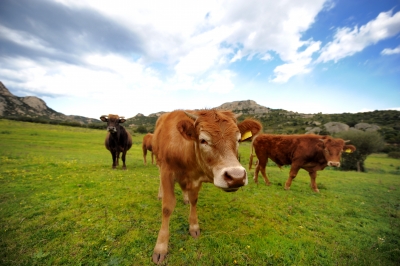 More than 5,000 European farmers and milk producers are reportedly set to join a protest in Brussels over falling milk and meat prices.

The European ministers were to hold an emergency meeting on 5 September in Brussels to discuss the issues in the agricultural industry.

The National Farmers Union (NFU) recently argued that dairy farmers face a "state of emergency" after a 25% drop in the wholesale price of milk in the past year, the Guardian reported.

NFU president Meurig Raymond was quoted by the news paper as saying: "Farmers need the secretary of state to strongly stand up for British farming interests in Europe.

The UK farmers blame supermarkets for the fall in milk prices as they using milk as a weapon in the industry price war. Farmers also argue that the supermarkets are not taking enough effort to promote British-sourced products.

According to Raymond, there should be long-term contracts between farmers and supermarkets, and the government needs to force retailers to enhance the labelling of their products to allow shoppers to see where food has been sourced.

In addition, the Russian ban on EU food in conjunction with EU sanctions over Ukraine and the crisis in the Chinese economy, as well as in some oil producing countries, have also put EU farmers under pressure.

The meeting is expected to see the European Commission proposing a package of support measures, BBC News reported.

The sectors that would be considered for help in the meeting include dairy, fruit and vegetable production and pig meat.

Image: The National Farmers Union argues that dairy farmers face a "state of emergency" after a 25% fall in the wholesale price of milk in the past year. Photo: courtesy of federico stevanin/ freedigitalphotos.net.