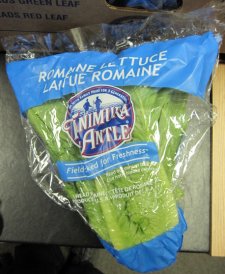 Tanimura & Antle, a vegetable supplier based in California, US, is voluntarily recalling romaine lettuce that was shipped to 19 US states, Canada, and Puerto Rico because of possible E.coli contamination.

The product being recalled is a single lot of the company’s Field Fresh Wrapped Single Head Romaine that was available at retail stores from 2 August to 19 August 2012.

Tanimura & Antle noted that about 2,095 cases were potentially affected, and each case contained either 12 or 18 heads.

In Canada, the cases were shipped to Ontario, Manitoba, Saskatchewan, Alberta, British Columbia, Nunavut and Yukon.

There have been no illnesses linked to the consumption of this product, and no other Tanimura & Antle products are being recalled.

The company has urged consumers, retailers and distributors to dispose any of the affected products in their possession and not to consume them.

The recall was initiated in consultation with the US Food and Drug Administration (FDA) after the testing of a random sample by the Canadian Food Inspection Agency.

E coli O157:H7 is a bacterium that can lead to bloody diarrhoea, dehydration and, in the most severe cases, kidney failure, and this foodborne illness can be particularly dangerous for pregnant women, the elderly, newborn infants and those with compromised immune systems.