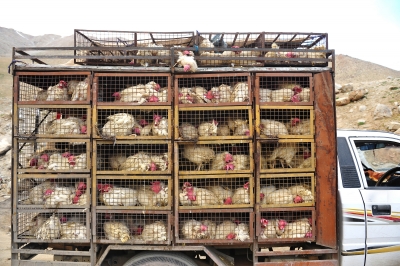 South Korea has imposed a ban on the import of poultry and poultry meat from the US after a new strain of bird flu was discovered in several farms.

In November, South Korea stopped a ban on importing US poultry and fresh meat, which brought 4,500t of poultry meat treated with heat and 37,000 chickens into the country.

The recent ban does not include imports of poultry meat treated with heat.

The US Department of Agriculture’s (USDA) Animal and Plant Health Inspection Service (APHIS) recently discovered a new strain of avian influenza, H7N8, at nearly nine farms in the state of Indiana.

The turkey flocks were found to be infected during surveillance testing in the control area surrounding the initial highly pathogenic H7N8 avian influenza (HPAI) case in that state.

USDA said HPAI viruses spread quickly and cause high mortality in domestic poultry. H7 LPAI viruses have been known to mutate into HPAI viruses in the past.

No human illnesses have been reported that are associated with avian influenza A viruses.

USDA chief veterinarian John Clifford said: "It appears that there was a low pathogenic virus circulating in the poultry population in this area, and that virus likely mutated into a highly pathogenic virus in one flock.

"Through co-operative industry, state and federal efforts, we were able to quickly identify and isolate the highly pathogenic case, and depopulate that flock.

"Together, we are also working to stop further spread of the LPAI virus, and will continue aggressive testing on additional premises within the expanded control area to ensure any additional cases of either HPAI or LPAI are identified and controlled quickly."

Iraq recently banned poultry imports from 24 countries due to the bird flu outbreak in France.