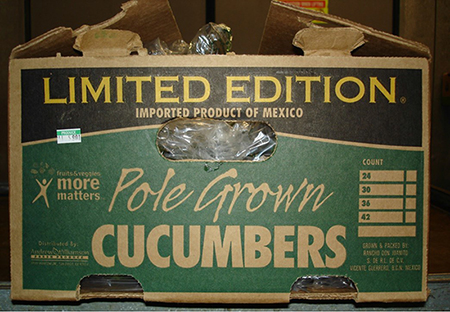 The Salmonella Poona outbreak caused by cucumbers imported from Mexico has been associated with two more deaths in California and 50 illnesses in 16 US states.

According to the Centre for Disease Control and Prevention’s (CDC) update, the number of deaths has increased to six and illness to 888 across 39 states in the US.

This is first update on the outbreak since the CDC reported it in November.

The outbreak has led to 191 people being admitted to hospital.

Approximately 106 illnesses occurred after the cucumbers were recalled from grocery stores and restaurants.

"The latest CDC report shows the pace of the outbreak is slowing down, but is not completely over."

This outbreak was traced by the US Food and Drug Administration (FDA) to the farm of Rancho Don Juanito de RL de CV, which is in Baja, Mexico.

The contaminated cucumbers were shipped to the US by San Diego-based distributor Andrews & Williamson Fresh Produce.

The latest CDC report shows the pace of the outbreak is slowing down, but is not completely over.

According to the CDC, the number of illnesses has ‘declined substantially’ between August and September when it was at the peak. However, it is yet to return to a level that it ‘would expect to see.’

Since the last CDC report, Tennessee has been the only state added to the list of states impacted by the outbreak. The two additional deaths occurred in the state of California.

The outbreak was initially announced on 4 September 2015, following which the distributor recalled Limited Edition Brand cucumbers. This was followed by another recall issued on 11 September 2015 by Custom Produce Sales for ‘Fat Boy’ brand cucumbers.