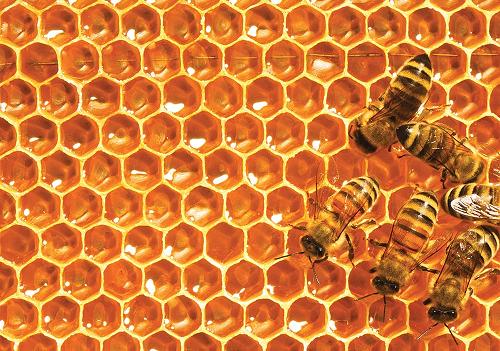 Tetracycline is a broad-spectrum polyketide antibiotic produced by the Streptomyces genus of Actinobacteria and is used for reducing bacterial infections across all food producing animals.

Randox Food Diagnostics will initially launch the ELISA for the honey market, followed by validations for meat, seafood and dairy products.

As tetracyclines are used in major markets including China, India and Mexico within apiculture, the company expects initial demand for the ELISA from these key regions.

The new kit will be launched by the end of this month and will complement the company’s existing multiplex arrays.

Randox Food Diagnostics business manager Aaron Tohill said that although biochip array technology is a trusted screening test for tetracyclines within the honey sector, both this market and others demand a lower volume solution.

"Reacting to that dynamic this new immunoassay-based kit provides a cost-effective screening solution for a wide variety of laboratories and we are pleased to add it to our growing array of products," Tohill added.

"This new immunoassay-based kit provides a cost-effective screening solution for a wide variety of laboratories and we are pleased to add it to our growing array of products."

Randox Food Diagnostics noted that this launch comes in the wake of the recent joint report by the European Food Safety Authority (EFSA) and the European Centre for Disease Prevention and Control on antimicrobial resistance data among zoonotic and indicator bacteria in 2011, which showed high resistance to tetracyclines in Salmonella isolates from humans.

Over the past few years, regulators have been increasingly concerned about the development of a human antibiotic resistance through the food chain.

For instance, in 2010 the US Food and Drug Administration (FDA) advised producers that antibiotics should be used solely for disease control, phasing out growth promotion.

In 2011, the European Union (EU) initiated a major data study and with those findings now published it is clear that industry can expect further action, the company said.

Randox Food Diagnostics is an associate of Randox Laboratories and is responsible for the distribution of Randox drug residue kits, wine testing kits and analysers worldwide with several products designed for the food, wine and beverage industries.