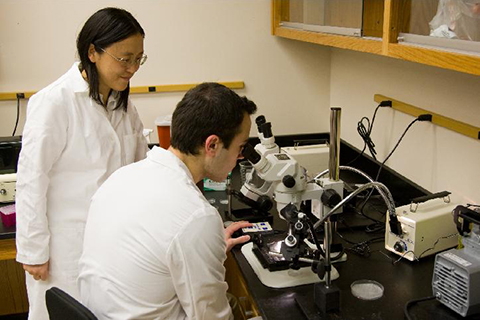 Oakland University (OU) researchers are collaborating with a team of scientists from the US, Germany and China to research on how arsenic enters and builds up in plant seeds.

Oakland University associate professor Dr Zijuan Liu and doctoral student Joseph McDermott have been performing their study for several years to discover how to help avert the fatal threat of arsenic and protect world’s food supply.

Arsenic is a dangerous toxin and carcinogen that spreads in food and water, which threatens the health of millions of people across the world.

The process through which arsenic pervades into roots and shoots of plants is well-known and understood by now, but the crucial issue of how it enters seeds, particularly rice grains, still remains a mystery.

"If this same pathway of how arsenic accumulates also exists in rice, it will lead to the generation of new rice cultivators with less arsenic in the grain."

According to a report in the journal Metallomics, about 60% of daily arsenic is consumed through rice by the people in China.

Researchers have discovered that a kind of plant named ‘A. thaliana’ uses transport systems for inositol, a type of sugar, to load the toxic form of arsenic, called arsenite, into its seeds, reported Nature Plants journal.

According to Dr Liu, this is the first discovery ever made on the transporters that carry and accumulate arsenic into seeds.

The discovery might prove to be a massive breakthrough in protecting the world’s food supply, Liu says.

Dr Liu said: "If this same pathway of how arsenic accumulates also exists in rice, it will lead to the generation of new rice cultivators with less arsenic in the grain, a major advance toward minimising the global health risks posed by arsenic in rice, and possibly in the near future, in other food sources."