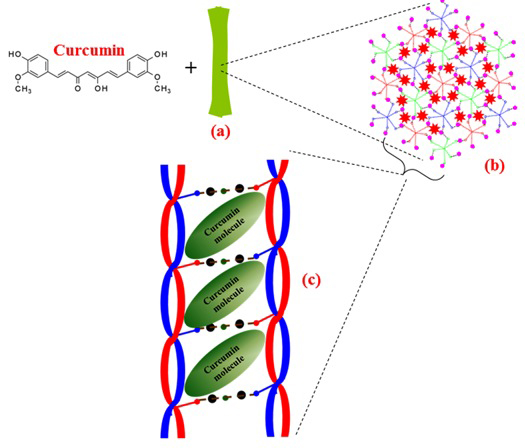 A food scientist from Purdue University, US, has developed a new method to encapsulate nutritional supplements in food-based products, a technique which can enable consumers to sprinkle antioxidants, vitamins and other beneficial compounds on their meals.

Research assistant professor of food science Srinivas Janaswamy said that many of the nutraceuticals or nutritional supplements that are added to food are not structurally stable.

Heat, light, oxygen and other external factors could degrade the supplements, making them ineffective, Janaswamy added.

Janaswamy has used a long-chain carbohydrate – iota-carrageenan – to encapsulate curcumin, which is believed to be the principle compound found in the spice turmeric that acts against inflammation, cancer and obesity.

In the fibre network, iota-carrageenan had a stable double-helical structure with small pockets between the helices that contain water molecules, and Janaswamy replaced these water pockets with curcumin.

The curcumin was then found to be encapsulated and protected by the strong iota-carrageenan network.

Janaswamy notes that the encapsulated fibres could then be chopped into small particles, and diners could sprinkle curcumin on their meals, the same way as they might use salt or pepper.

However, the scientist is working to delay the release of the embedded compounds once consumed, from the current 30 minutes to three hours, as lengthening the time will ensure that the nutraceuticals reach the intestines, where they can be properly absorbed.

Janaswamy is also working to boost the amount of nutraceuticals that can be embedded into the fibres.

Nutraceuticals including beta-carotene, lycopene, resveratrol and vitamins are thought to play significant roles in treating or preventing disease.

Iota-carrageenan and other polysaccharide carbohydrates have GRAS – generally recognized as safe – designation with the US Department of Agriculture (USDA), which means that the substances added to food are considered safe by experts.