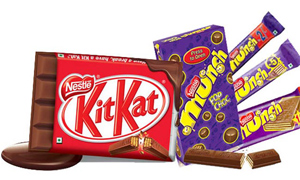 Swiss food company Nestlé plans to expand the production capacity of its existing factory in Ponda, Goa state, India, as part of its Rs7bn ($126m) investment in the state over the last three years.

The factory extension will boost the production of Nestlé’s confectionery brands such as Kit Kat and Munch, and is expected to create 250 new jobs.

Nestlé’s global head of human resources Jean-Marc Duvoisin said the company has been in India for about 100 years and currently operates eight factories across the country.

"India is important for us and we have deep roots here," Duvoisin added.

Nestlé India chairman and managing director Antonio Helio Waszyk said that investing in the company’s chocolate and confectionery business in India will improve its competitive advantage.

The Ponda plant, established in 1995, produces wafers, waffles and chocolates.

Over the past few years Nestlé has strengthened its presence in India by increasing capacity, setting up new factories, and modernising and expanding existing ones.

"The factory extension is expected to create 250 new jobs."

In 2011, the company opened a Rs3.6bn ($64.90m) factory in Nanjangud, Karnataka, for the production of Maggi sauces, noodles, bouillons and seasoning.

In the same year Nestlé announced its plans to invest Rs5bn ($90.14m) to establish a plant in Gujarat state to produce confectionery products and Maggie noodles.

In 2012, it opened a Rs2.5bn ($45.07m) factory at Tahliwal, Himachal Pradesh state, for the production of Maggi noodles as well as chocolate and confectionery products.

Image: The expansion of Nestlé’s factory in Goa will boost the production of confectionery brands such as Kit Kat and Munch. Image: Nestlé.