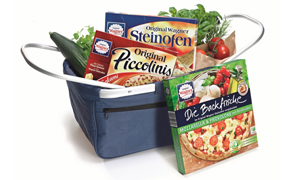 The expansion, which was announced in 2011, was completed with an investment of €50m, creating about 50 new jobs.

The facility manufactures a wide range of pizzas including reduced fat, wholegrain, lactose-free and organic varieties which are produced without flavorings or additives, Nestlé said.

Nestlé chief technology officer Werner Bauer described the facility as the most advanced production line for frozen pizza in Europe.

"Our investment here has enabled us to continue delivering innovations such as Die Backfrische, which focuses on fresh ingredients and has been one of the most successful pizza frozen launches in recent years," Bauer added.

"The expansion was completed with an investment of €50m."

The expansion project is part of the company’s strategy to strengthen its expertise in the frozen and chilled foods segment globally.

In line with this strategy, earlier this year Nestlé announced plans to invest about CHF49m ($53.1m) to expand its global frozen foods research and development facilities in the US to strengthen innovations in frozen and chilled products such as prepared meals and pizzas.

Established in 1969, Wagner holds a 33% share in the German frozen food sector, employs about 1,200 people and its products include Stone Oven Pizza, La Pizza Rusticale, Unsere Natur, NaturLust and mini pizzas such as Piccolinis.

Image: The expansion of the Otzenhausen frozen pizza facility has increased production of Wagner-branded products including Big Pizza, Piccolinis and Die Backfrische. Photo courtesy of Nestlé.