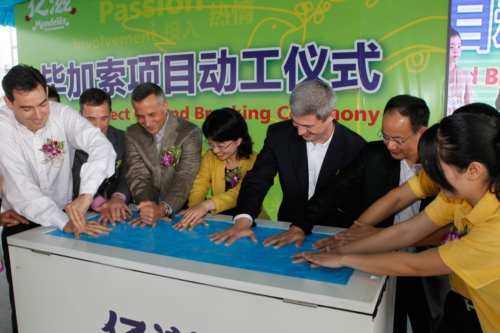 Kraft Foods China, part of Mondelez International, has commenced an $85m expansion of its biscuit manufacturing facility in Suzhou, China, a move which will create about 340 new jobs.

The move is in line with the company’s previously announced strategy to invest in emerging markets to drive sustainable, profitable growth.

The project involves the addition of state-of-the-art production lines to manufacture Oreo and Chips Ahoy! biscuits and will enable the company to meet increasing demand from Chinese consumers.

The 30,000m² expansion, which is expected to be completed in August 2014, will more than double the plant’s existing capacity.

Kraft Foods China president Shawn Warren said that since the introduction of Oreo and Chips Ahoy! to China in 1996, the country has become the company’s second-largest market for these brands globally, after the US.

"After this project is completed, the expanded plant will be a model in our global supply chain network."

"We deeply appreciate the Suzhou government’s help and support for Kraft Foods China and this project."

"After this project is completed, the expanded plant will be a model in our global supply chain network," Warren added.

Headquartered in Shanghai, Kraft Foods China is an important part of Mondelez International and will continue to operate under its present name until it undergoes the legal name change in 2013.

It employs about 5,000 people across its eight manufacturing facilities in Beijing, Suzhou, Shanghai, Guangzhou and Jiangmen.