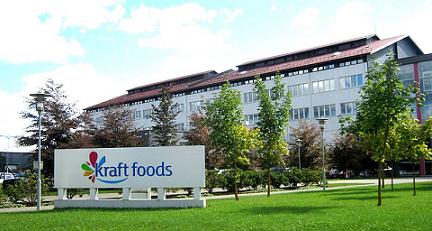 US food company Kraft Foods has reported a 5.4% increase in net income to $1.03bn in the second quarter ended 30 June 2012, compared to $976m in 2011, driven by higher pricing that helped to offset the effect of a stronger dollar and rising commodity costs.

Net revenues for the quarter decreased 4.3% to $13.3bn, due to accounting calendar changes, currency exchange rates and streamlining of the company’s product portfolio, while operating income grew 4% to $1.88bn.

Kraft Foods, which is in the process of splitting into a snacks company and a business focused on North American grocery products, noted that it will spin off its grocery business on 1 October 2012.

Kraft Foods chairman and CEO Irene Rosenfeld said the strong second quarter and first half results are due to the company’s brand-building investments over the past few years and the resilience of its businesses.

"As we embark on our journey as two industry-leading, independent companies, I’m confident that both companies have the brands, the executional capability, and the leadership teams to succeed in their respective missions," Rosenfeld added.

"For the quarter, net revenues in North America increased 1.2%, while operating income grew 3.1%."

However, in Europe, net revenues dipped 14.8% and operating income declined 4.6% due to accounting calendar changes.

In developing markets, net revenues fell 3.6%, but operating income saw a 5% rise, as a result of investments in power brands, expanded distribution capabilities and productivity efforts.

The company has stood by its 2012 forecast of net revenue growth of approximately 5% and operating earnings growth of 9%, and expects the cost of goods to rise at a mid single-digit rate, due to the recent increase in corn costs as a result of drought in the midwestern US.