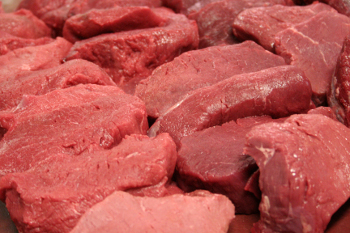 Indonesia has lifted the restrictions on premium beef imports from Australia in response to supply shortages and rising beef prices in the country.

Under the new regulation, Indonesia will allow an alomst unlimited amount of premium Australian beef.

In addition, exporters of live cattle will be allowed to fill quotas ahead of schedule, which means an extra 25,000 live cattle are expected to be shipped to Indonesia in the second half of this year.

This move will benefit the Australian cattle industry, which has been struggling with the quotas imposed by Indonesia in 2010.

Australia Minister for Trade and Competitiveness Craig Emerson said that Indonesia continues to view Australia as a quality supplier of beef for its domestic market.

"The Indonesian Government’s decision to increase the import of Australian premium beef is a clear reflection of our strong, ongoing trade relationship," Emerson added.

"The Indonesian Government’s decision to increase the import of Australian premium beef is a clear reflection of our strong, ongoing trade relationship."

Minister for Agriculture, Fisheries and Forestry Joe Ludwig said that distributors will be able to import enough premium Australian beef to cater to the demand from Indonesia’s food services sector, which is traditionally higher at this time of year.

"This is great news for Australian beef producers, especially those who are doing it tough," Ludwig added.

The Indonesian government also plans to undertake a further review of supply and demand of live cattle later in the year.

In order to stabilise the supply and cost of beef ahead of Ramadan next month and the Eid Fitri Festival in August, the government has also given an additional quota exemption which will allow the rice trading firm Bulog to import beef products such as frozen carcasses for supply to domestic markets.

In 2010, Indonesia cut down beef imports from countries such as Australia by about 75%, under a policy aimed at increasing self sufficiency; however, a slump in supply resulted in high demand and prices.

Last year, Indonesia slashed import quotas for live cattle by over a third and beef by approximately two-thirds, in order to promote its domestic beef market.

Image: Under the new regulation, Indonesia will allow an almost unlimited amount of premium Australian beef until the end of the year. Photo courtesy of Koos Schwaneberg.