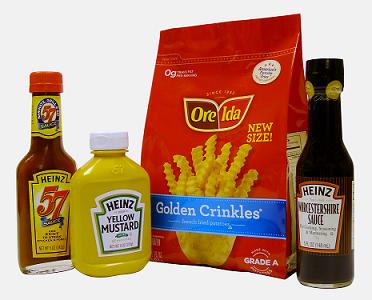 American food company HJ Heinz has reported that its net income for the second quarter of fiscal 2013 increased 22.1% to $289.44m, up from $237m in the same period in the previous year, driven by growth in emerging markets, favourable tax rate, and strong performance of its leading brands.

Sales increased 0.5% to $2.83bn, up from $2.81bn in the previous year, although foreign currency exchange rates hit sales by 2.4%; while organic sales, which exclude currency fluctuations, acquisitions and divestitures, grew 3.3%.

Emerging markets, which accounted for about 23% of the company’s total sales, saw an organic sales growth of 13.2%.

The firm’s leading 15 brands witnessed 4.6% organic sales growth, driven by brands such as Heinz, Quero, ABC, Classico, Golden Circle, Master and Ore-Ida, while global ketchup delivered organic sales growth of 5% due to strong performance in Brazil and the US.

Heinz chairman, president and CEO William R Johnson said that the company posted strong results, while investing in the businesses and brands to achieve growth.

In Europe, sales fell 4.2% to $808m, organic sales increased 0.1% and operating income decreased 2.8% to $140m, due to the impact of foreign currency and increased investment in marketing.

Sales in the Asia Pacific region increased 2.3% to $606m, organic sales grew by 4.1%; and operating income soared 24.5% to $50m, driven by strong growth in both developed and emerging markets.

US foodservice – which offers products to restaurants and other businesses – saw a 4.1% rise in both organic and reported sales to $348m, while operating income jumped 26.8% to $44m, helped by higher sales and productivity plans.

Heinz noted that it is on track to deliver its previously announced forecast for fiscal 2013, which includes earnings per share increase of 5% to 8%, and organic sales growth of 4%.