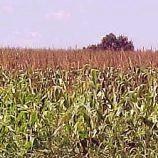 The European Union (EU) may simplify the import approval process for genetically modified (GMO) foods and animal feed, enabling member states to decide whether or not to admit them.

The European Parliament approved a similar rule recently, which gave states got the authority to ban the cultivation of GM crops even if they have been approved by the bloc’s food safety authority.

Such a rule could mean the clearing of currently blocked import licences for 19 GMOs, including food, animal feed, and flowers.

"The rule could mean the clearing of currently blocked import licences for 19 GMOs, including food, animal feed, and flowers."

Currently, only one GMO, Monsanto’s brand of corn GMO MON810 is allowed to be grown in EU. However, around 50 GMOs are marketed in the EU, primarily for cattle feed.

The new rule would also mean that after getting an approval by the European Food Safety Agency, GMOs would be allowed to be imported without restriction into the EU’s single market.

However, environmental groups have voiced their concern about the proposed rule and said that EU President Jean-Claude Juncker was bowing to pressure.

AFP quoted Greenpeace EU director Jorgo Riss as saying: "Juncker promised he would reform EU GM crop decisions to make them more democratic. Instead, he could end up approving more GM crops under the banner of free trade, brushing aside the concerns of EU citizens and risks for the environment."

Image: Monsanto’s brand of corn is the only genetically modified crop to be produced in EU at present. Photo: courtesy of Mister GC/freedigitalphotos.net.