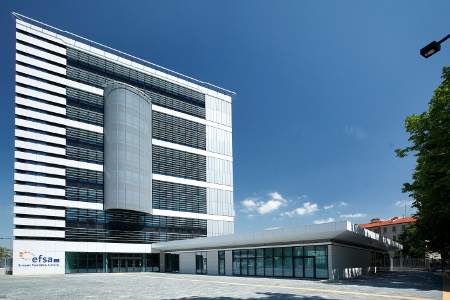 The European Food Safety Agency (EFSA), which reviews the use and authorisation of genetically-modified (GM) organisms, has said that there are serious defects in the French study linking GM maize to cancer and there is no need to re-examine the earlier safety evaluations.

"Serious defects in the design and methodology of a paper by Séralini et al. mean it does not meet acceptable scientific standards and there is no need to re-examine previous safety evaluations of genetically modified maize NK603," the EFSA said in a statement.

The agency added that is not possible to draw valid conclusions about the occurrence of tumours in the rats tested.

In September 2012, researchers led by professor Giles-Eric Seralini at the University of Caen, France, said rats that were fed on Monsanto’s Roundup (glyphosate) or its Roundup-resistant maize NK603 were at higher risk of developing tumours.

EFSA, however, noted in its review in October that the design, reporting and analysis of the study were inadequate.

According to the agency, the strain of rodents used in the study is prone to developing tumours during their life expectancy and although the rats were divided into ten treatment sets, the researchers established only one control group.

OECD guidelines specify a minimum of 50 rats per treatment set; however, the French research team used only ten rodents per set.

The study team also did not state any research objectives, which define factors such as study design, sample size, and the statistical methods used to analyse data, all of which are important to make the findings reliable.

The EU agency said in its final assessment that it considered evaluations carried out in Belgium, Denmark, France, Germany, Italy and the Netherlands and noted that the six countries also found that Seralini’s conclusions were not supported by the data presented in the study.

EFSA had urged Seralini to provide additional information before a second and final review was completed; however, the French scientist refused to do so unless the agency provided details of its own assessment.

Image: The EFSA noted that serious defects in the design and methodology of the French report mean it does not meet acceptable scientific standards. Photo: Lucio Rossi for EFSA, Studio Valle Progettazioni, Art & Build, Manens.