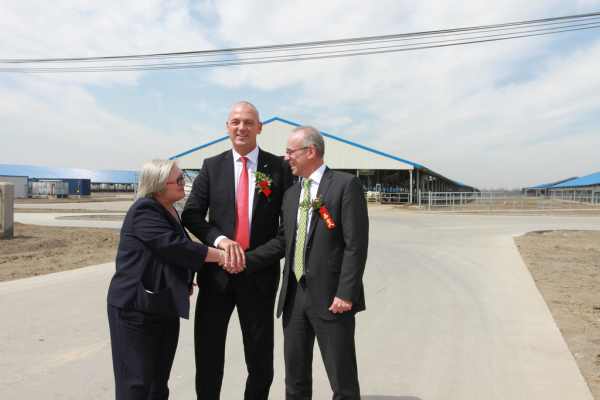 Fonterra chief executive Theo Spierings made the announcement at the official opening of the company’s second farm, the Yutian Farm One, in Hebei, located in the north east of China.

Spierings said the company has a long history in China and is dedicated to the further development of the local Chinese dairy industry.

"We want to establish an integrated milk business in China that processes high quality milk from Chinese farms into dairy nutrition for Chinese customers and consumers," Spierings said.

This latest investment is part of the company’s strategy to produce up to 1 billion litres of milk every year by 2020 in China.

The company opened its first farm in Hebei in 2007 and committed to invest in a total of five farms in the province. The farms will have a combined herd size of about 15,000 milking cows, producing 150 million litres of milk annually.

The company has already begun the construction of the third farm with an investment of $40m.

According to Fonterra, milk consumption in China is expected to double by 2020 to 70 billion litres. Fonterra entered into farming in China after its partnership with state-owned Sanlu fell apart in 2008, after the latter was implicated in a baby formula scandal.