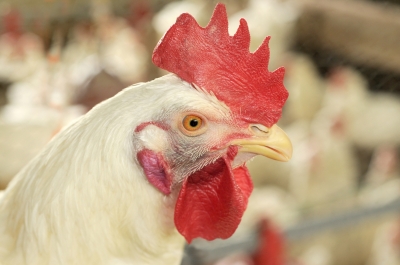 China has banned imports of all poultry products from US after the detection of highly pathogenic avian influenza in the country.

Recently, US Department of Agriculture (USDA) confirmed two findings of avian influenza in wild birds in Washington State and in a small backyard poultry flock in Oregon.

Reuters reported citing the agency and the USA Poultry & Egg Export Council that the complete poultry and poultry related products transported from US after 8 January would be returned or destroyed.

"USDA said that no human cases with these viruses have been detected in the country and there is no immediate public health concern."

The present ban will also affect the poultry breeding stock, including live chicks and hatching eggs.

However, USDA said that no human cases with these viruses have been detected in the country and there is no immediate public health concern as a result of these detections.

USA Poultry and Egg Export Council president Jim Sumner was quoted by The Wall Street Journal as saying: "There’s absolutely no justification for China to take such a drastic action.

"In fact, these isolated and remote incidents are hundreds, if not thousands of miles away from major poultry and egg production areas."

The export of chicken, turkey and duck products to China from US reached $272m during the first 11 months of 2014, the WSJ reported.

In December, Hong Kong banned the import of certain poultry and poultry products from US following the detection of highly pathogenic (HPAI) H5 avian influenza in wild birds in Whatcom County, Washington.

Image: China’s ban also applies to poultry breeding stock from US along with all other poultry products. Photo: courtesy of Gualberto107/ freedigitalphotos.net.