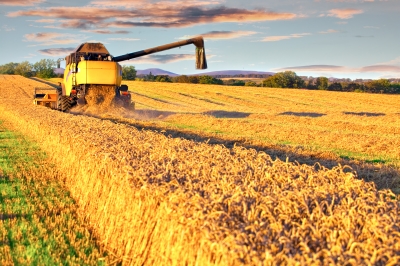 The Center for Food Safety (CFS) has sued the US Department of Agirculture (USDA)’s Animal and Plant Health Inspection Service (APHIS) for non-disclosure of public information regarding genetically engineered (GE) crops.

The CFS alleged that APHIS violated the Freedom of Information Act (FOIA) by repeatedly failing to respond to requests related to GE crops meant for public disclosure.

Failure by APHIS to provide a timely response to 29 of CFS’s FOIA requests or appeals has led the regulator to file a lawsuit. APHIS has failed to provide response for 10 requests and two appeals.

The lawsuit also asks the court to direct APHIS to provide the requested information immediately and to order APHIS to not be unresponsive to the requests on information on GE crops, such as wheat, rice, alfalfa, sugar beets, bent grass, and corn.

The issue surrounding GE crops emerged as a result of concerns over environmental and agrarian damage, such as the transgenic contamination of organic and traditional crops. Many GE crops are grown to be pesticide-resistant, as a result of which their introduction has increased pesticide use in the US.

"The longer APHIS fails to use its full authority to regulate the environmental and agricultural harms of GE crops, the more these harms will occur."

Under the regulations, experimental field trials of GE crops have been found to repeatedly escape containment, and APHIS has not regulated GE crops after their commercialisation.

One particular case cited in the lawsuit talks about the handling of experimental genetically engineered wheat that was found growing uncontrolled in an Oregon field in 2013, which cost US a significant amount, with foreign markets banning wheat imports.

CFS staff attorney Cristina Stella said: "The longer APHIS fails to use its full authority to regulate the environmental and agricultural harms from GE crops, such as transgenic contamination of nearby crops, pesticide drift, and endangerment of protected species, the more these harms will occur.