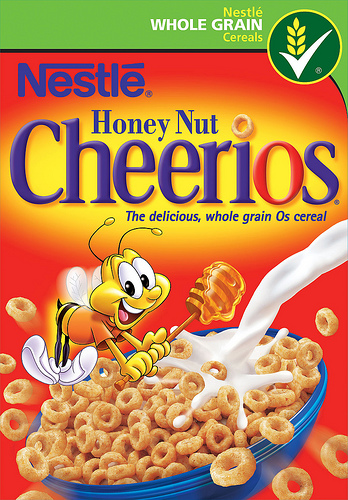 Cereal Partners Worldwide (CPW), the 50/50 joint venture between Nestlé and General Mills that sells Nestlé branded cereals outside North America, has announced plans to improve the nutritional profile of its breakfast cereal brands.

The company plans to lower sugar and salt content, while boosting calcium and whole grains across 20 breakfast cereal brands in order to help consumers eat a nutritious breakfast.

As part of this plan, the company will lower sugar content in cereal brands popular with children and teenagers to 9g or less per serving by the end of 2015.

Sugar will be replaced with other ingredients, usually other carbohydrates that feature a similar amount of calories.

Once the plan is implemented, Nestlé breakfast cereal brands such as Nesquik, Chocapic, Honey Cheerios, and Milo will see sugar reduction of up to 30%.

The sodium content in the cereal will be lowered to 135mg or less per serving, while the amount of calcium per serving will be boosted to at least 15% of the recommended daily allowance (RDA).

CPW also plans to make whole grain the main ingredient in all the new recipes, following which a majority of Nestlé breakfast cereals will provide a minimum of 8g of whole grain per serving.

CPW president and chief executive officer Jeff Harmening said that the company has pledged to improve about 5.3 billion portions of Nestlé breakfast cereals in more than 140 countries globally.

"By fortifying more of these products with calcium, we can help to make a positive impact on children’s growth and bone development," Harmening added.

Image: Once the reformulation plan is implemented, Nestlé breakfast cereal brands such as Nesquik, Chocapic, Honey Cheerios, and Milo will see sugar reduction of up to 30%. Photo courtesy of Nestlé.