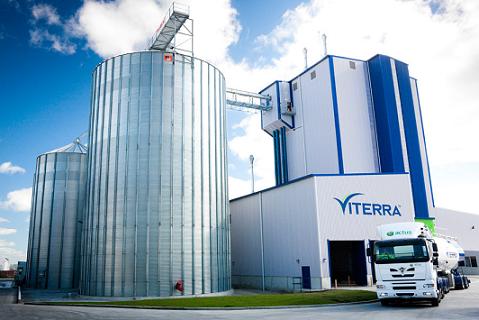 Swiss commodities trader Glencore International has announced that it has received approval from the Canadian government for a C$6.1bn ($6.01bn) acquisition of grain handler Viterra.

Glencore, which has been in discussion with the government, has made a commitment to increase Viterra’s capital expenditures in Canada by more than C$100m ($98.51m) over the next five years.

The company will also invest more than C$8m ($7.88m) above Viterra’s projected expenditures in R&D; set up an institute for food security in the province of Saskatchewan; and contribute to grain industry projects in the province of Manitoba.

In addition, Glencore has agreed to maintain the office in Regina, Saskatchewan, and make it the head office for its North American agricultural operations.

"Glencore is committed to investing in Viterra’s operations, its philanthropic initiatives and in playing a key part in ensuring the continued growth of western Canada’s agricultural industry," Mahoney added.

The deal still needs to be cleared by China’s Ministry of Commerce and is not expected before the end of July 2012.

In March 2012, Glencore signed an agreement to acquire Canadian grain handler Viterra in an all-cash deal, as part of its plan to cement its position in grain markets as Viterra operates grain-marketing and distribution businesses across Canada, the US, Australia, New Zealand and China.

Glencore had also agreed to sell certain Viterra’s assets such as grain elevators and retail agri-products business to Agrium and Richardson International to allay concerns of the Ottawa regulatory body, which could have blocked the transaction on competition grounds.

Image: The Viterra acquisition will enable Glencore to cement its position in grain markets in Canada, the US, Australia, New Zealand and China. Photo: Viterra.