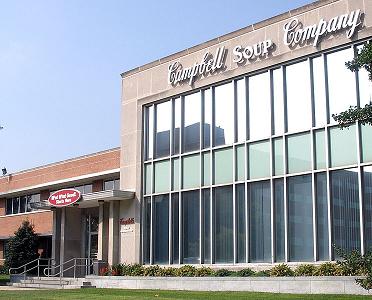 US food company Campbell Soup has reported that its net earnings for the fourth quarter ended 29 July 2012 rose 27% to $127m, from $100m in 2011, due to lower restructuring charges and strong performance of its US soup business.

Excluding acquisition-related costs, restructuring charges and other charges, earnings per share decreased 5% to $0.41, compared to $0.43 in 2011.

Campbell Soup president and chief executive officer Denise Morrison said the company saw organic sales growth in the quarter, with gains across most of its divisions, including strong sales in US Soup and US Simple Meals.

"Retailers continue to respond favourably to our new product development, and we have started shipping new products for fiscal 2013 launches," Morrison added.

Campbell’s US Simple Meals segment, which combines the soup and sauce businesses, reported a 7% increase in sales to $461m, with US soup and sauce sales growing by 9% and 4% respectively, while operating earnings increased 3% to $104m, due to strong performance of the US Soup business.

The Global Baking and Snacking segment, which combines Pepperidge Farm baked products and Arnott’s biscuits, reported a 1% decline in sales to $556m, while operating earnings fell 9.7% to $83m, due to lower earnings in Arnott’s biscuit business.

The International Simple Meals and Beverages segment reported a 7% drop in sales to $294m, while operating earnings fell 37.5% to $15m, due to increased promotional spending and cost inflation.

North America Foodservice division sales decreased 3% to $121m, due to weak sales of canned soup, while operating earnings fell to $10m, due to cost inflation and higher promotional spending.

The US Beverages division, which offers vegetable juices and juice beverages, saw a 3% rise in sales to $181m, while operating earnings decreased 16.6% to $25m, due to higher marketing expenses and a lower gross margin percentage.

Image: Campbell Soup reported organic sales growth in the fourth quarter of fiscal 2012, with gains across most of its divisions. Photo: Coolcaesar.