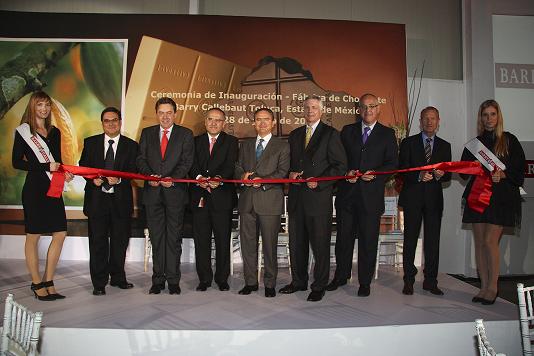 The expansion was completed with an investment of Sfr45m ($48m), has increased the production capacity at the facility to 65,000t, creating more than 140 jobs.

The expansion project is a part of the company’s strategy to venture into emerging markets that provide growth opportunities.

The Toluca factory will be a strategic location among Barry Callebaut’s global network, to manufacture and distribute chocolate products for the Mexican and other Central American markets.

The facility features advanced technologies and complies with the quality standards to ensure maximum food safety, the company said.

"Moving closer to our customers puts us in an even better position to continue opening up the Mexican confectionery market."

In January 2012, the company announced its plans to expand the factory following a long-term outsourcing agreement with Mexican food and baking company Grupo Bimbo.

Barry Callebaut Region Americas president Dave Johnson said: "Moving closer to our customers puts us in an even better position to continue opening up the Mexican confectionery market. This market is expected to grow significantly over the next years."

Barry Callebaut Mexico general manager Jesus Carlos Valencia said: "With the extended capacities, we are able to reinforce our position as the local leader as well as to further build our market share in other countries in Central America."

The company entered the Mexico market in 2009 when it established its first chocolate facility in Monterrey, Nuevo Leon.

Currently, the company operates ten chocolate, two cocoa and one cocoa/chocolate facilities in the Americas.