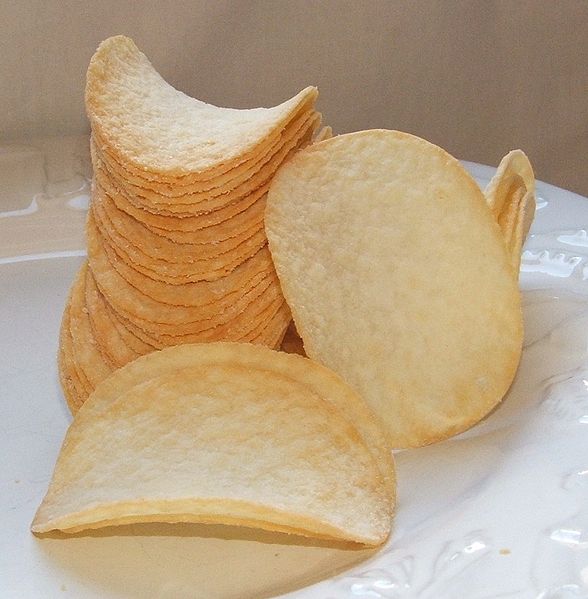 Salt levels in crisps and snacks can be lowered without affecting the taste by altering the release profile of salt, according to a new study conducted by researchers at the University of Nottingham, UK.

In order to evaluate how salt from potato crisps is released and perceived in the mouth, the research team asked a panel of food testers to chew crisps for a specific number of times and hold them in the mouth for about 60 seconds.

The team evaluated the salt (sodium chloride) level in the mouth by collecting tongue swabs and screening them.

It was observed that salt levels peaked in the mouth only 20 seconds after the chewing began, and panellists reported that they experienced a significant increase in salt taste during this time.

According to researchers, in several cases, the crisps are swallowed within 20 seconds, before the salt taste is even experienced by an individual.

The researchers are planning to develop a series of technologies to accelerate the delivery of salt to the tongue to below 20 seconds, therefore enabling food manufacturers to produce healthier crisps with low salt levels, while still providing the same taste.

Nottingham University Division of Food Sciences DR Fisk said that the ‘salt burst’ from crisps is only released into the mouth 20 seconds after chewing begins.

"This means that in many cases the crisp may have already been swallowed before the majority of the salty taste is detected. Our aim is to develop a series of technologies that accelerate the delivery of salt to the tongue by moving the burst from 20 seconds to within the time that you normally chew and swallow. This would mean that less salt would be needed to get the same amount of taste," Fisk said.

The study could also be extended to other areas of food science to achieve salt reduction in all snack foods.

The researchers are also planning to partner with various food companies in the UK to help them develop effective salt reduction strategies.

Sodium is essential to the human body but the WHO/FAO recommends no more than 5g of sodium per person every day. The average daily salt consumption in the western world ranges between 10g and 12g.

Image: The researchers plan to develop new technologies to accelerate the delivery of salt to the tongue, which can help in bringing down salt levels in crisps without changing their taste. Photo: Glane23