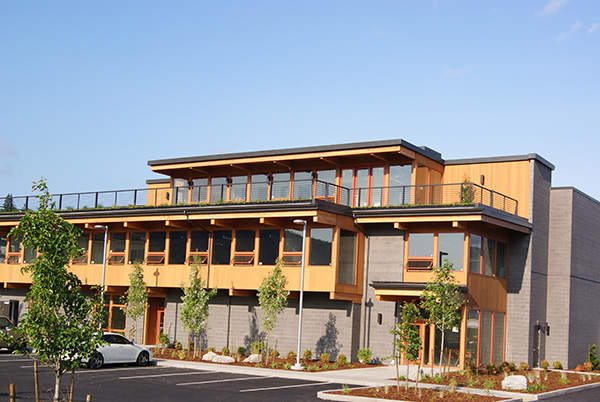 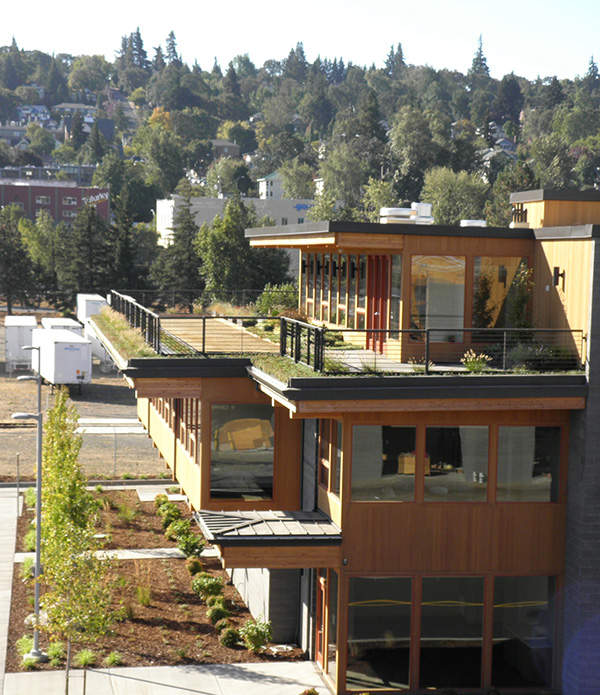 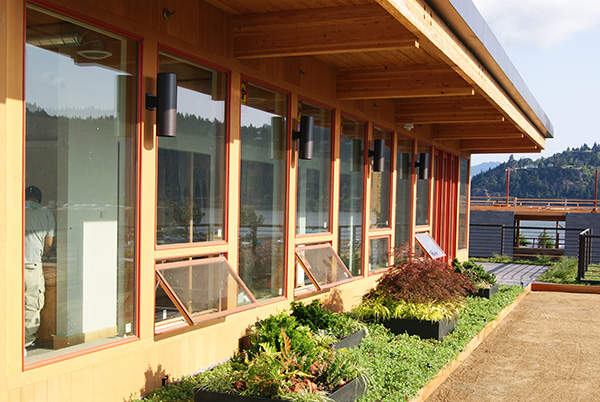 Test kitchens are part of the facility. Image courtesy of Turtle Island Foods. 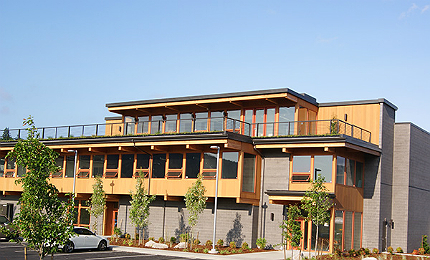 TIF developed the plant in partnership with Key Development Corporation. TIF operates one more production facility in Hood River, which will be retained to produce its tempeh soy products. The company is also planning to extend the new facility in the future.

The new Hood River facility created about 105 jobs during its construction. The plant will initially employ about 60 people and 100 when fully operational.

"TIF operates one more production facility in Hood River, which will be retained to produce its tempeh soy products."

The new plant is spread over an area of 33,000ft² on a 1.27 acre site in Port of Hood River’s new business park. It is built on a site which was earlier a telephone company’s yard. The new facility includes a main production area, test kitchen, offices and locker rooms.

A unique feature of the plant is the 1,400ft² green roof which can grow vegetables and taller accent plants. The green roof was topped out in October 2012. It also incorporates a mini golf course, seating areas, walkways and a wired sound system.

LiveRoof supplied the plant with the green roof, which uses a combination of LiveRoof Deep (6in) and Maxx (8in) modules. A total of 940 modules have been installed on the roof.

TIF started its business operations by producing tempeh, a soy product. In 1995, the company introduced Tofurky Feast, a tofu-based turkey-flavoured alternative to turkey meat. The product became an instant success and the brand is currently the second largest selling frozen meat alternative in the US.

The Tofurky brand also includes deli slices, sausages and pizzas. These products are marketed in more than 10,000 retail stores across the US and Canada.

"The Tofurky brand also includes deli slices, sausages and pizzas. These products are marketed in more than 10,000 retail stores."

The solar hot water system of the plant preheats the water used in food processing. The preheating reduces the energy consumption by nearly 40%. The plant also recovers heat generated from the refrigeration system and reuses it.

The roof of the plant is made of LEED-standard solar reflectance material and includes the green roof, which reduces heat gain. The green roof also acts as a natural pervious surface for storm water runoff. Apart from the green roof, the building also includes a 86.24kW solar array on the rooftop.

Efficient water fixtures have been installed in the facility, which helps in achieving 40% water efficiency. A rainwater collection tank is also installed, which collects brown water for use in the building’s toilets.

Recycled and low emission material has been used in the construction of the plant. More than 45% of the building materials include regionally sourced and recycled content. About 90% of the construction waste was recycled to minimise any impact on the local landfills.

The facility was designed by Surround Architecture. GreenFeathers, a unit of Blooming Nursery, supplied the plants for the green roof of the building.

Franz Family Bakeries has produced bread products in the North Western US since 1906 and commissioned a $42m bakery in Springfield, Oregon, as part of a centennial celebration.

The Laurelwood brewery produces a variety of beers from Stout to Porters, and ales to lagers.