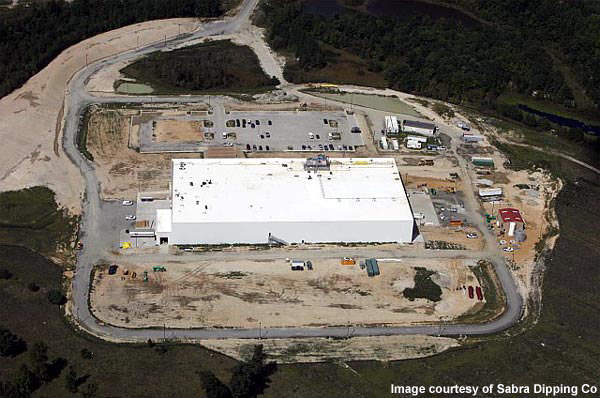 The site of the new building. 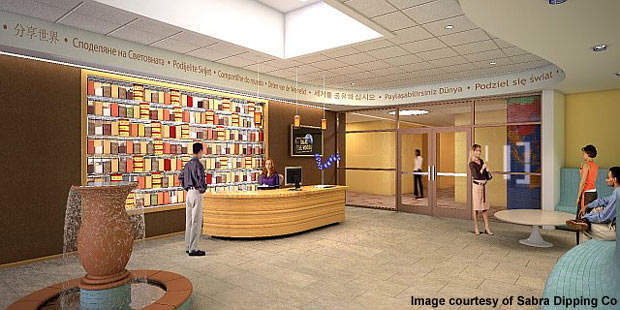 The reception area of the new production facility. 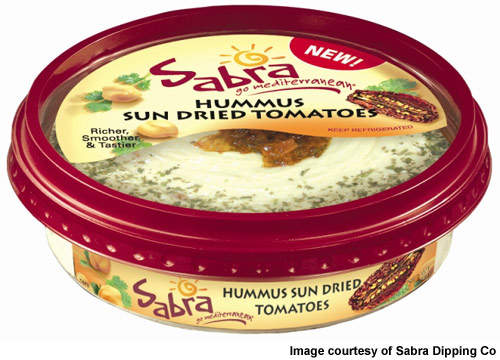 One of the many varieties of hummus produced by Sabra. 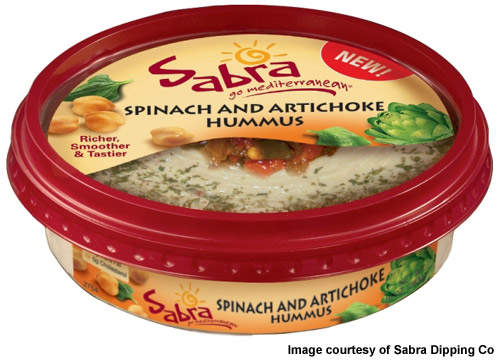 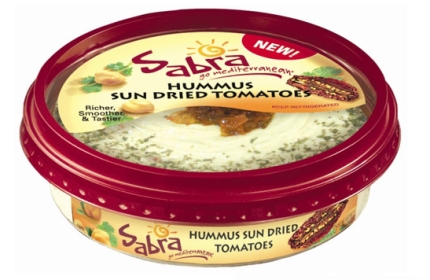 The Sabra Dipping Company of Astoria, New York, is a producer of savoury vegetarian dips, appetisers and spreads in the US. The company was started in 1986 as Sabra – Blue & White Foods and was later purchased by Yehuda Pearl, which increased interest in the company’s Mediterranean-style product range.

In 2005 Strauss Salads of Israel purchased a majority stake in the company and in 2008 PepsiCo’s Frito Lay and Strauss formed the 50/50 joint venture Sabra Dipping. In November 2008, Sabra announced its plan to open a 110,000ft² production facility north of Colonial Heights near Richmond, Virginia.

The plant was officially opened in May 2010. It is Sabra’s second plant and was built to double its production of dips for the US and Canadian markets.

The new plant was constructed on a 49-acre site in the Ruffin Mill Industrial Park at the Walthall interchange east of Interstate 95 between Chester and Colonial Heights. As of June 2012, the plant had over 300 full-time employees.

"The Sabra Dipping Company is a producer of savoury vegetarian dips, appetisers and spreads."

The negotiations to bring the plant to the area took around six months and state and county incentives played a large part in the process.

Sabra also received a waiver for building inspection, planning and zoning fees, as well as a five-year rebate on a machinery and tools tax. The estimated cost of the waivers and rebate was around $545,000 and was borne by Chesterfield County.

Groundbreaking for the construction of the facility took place in January 2009. Construction and outfitting of the plant required an investment of around $68m. In addition, Sabra committed to opening the plant under silver LEED (Leadership in Energy and Environmental Design) conditions.

The Shearer’s Foods snack foods manufacturing plant in Massillon is regarded as one of the most sustainable projects in the world.

LEED is a green building rating system introduced by the US Green Building Council. To obtain this certificate, 100% of the wood was used in the building, 20% of the materials were made from recycled resources, 20% were sourced and manufactured regionally (less than 500 miles from project site) and 86% of the construction waste produced was diverted from landfills and recycled.

In addition, 35% of energy used at the plant will be renewable and water will be collected from roof drainage into a cistern for use in toilet flushing and for other non-potable requirements.

The building and site utilities were designed and engineered by the Dennis Engineering Group. The plumbing, waste water infrastructure, HVAC and natural gas systems were installed by Warwick Plumbing and Heating. Other contractors include Industrial Turnaround for power and lighting, telecom work and electrical work and Republic Refrigeration.

Expansion of the Sabra production facility

In June 2012, Sabra announced an expansion plan for the facility which includes the construction of a new 20,000ft² R&D centre. These two projects, estimated to cost about $28m in total, are being undertaken to enhance the company’s growth and leadership in the dips and spreads categories.

"The expansion project will increase the production capacity of the plant by 50%."

The expansion project will increase the production capacity of the plant by 50%. It includes the installation of two additional lines, a packaging automation system and water waste systems.

Construction on the R&D centre commenced in July 2012 and is set to be completed by spring 2013. The state-of-the-art centre will include a culinary centre, ideation space and offices. It will also feature a pilot plant and research centres.

The Governor of Virginia has sanctioned a grant of $250,000 for the project. The grant will be financed through the Governor’s Opportunity Fund.