One million tons a year 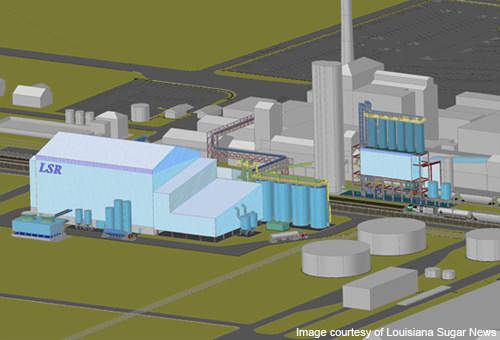 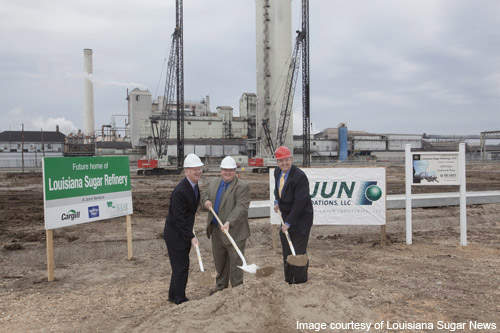 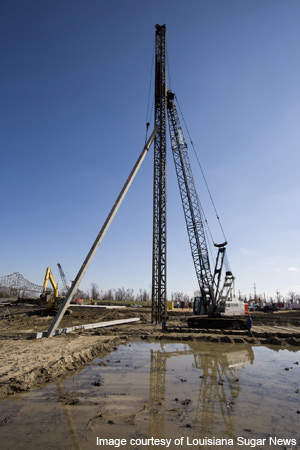 Construction taking place at the site of the new Louisiana Sugar Refining plant. 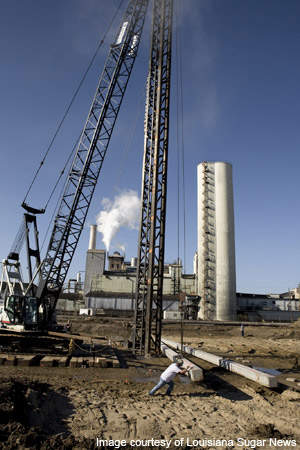 The Louisiana Sugar Refining project is capable of refining 3,100t of raw sugar a day.

Louisiana Sugar Refining (LSR) is a sugar cane refinery located in the town of Gramercy in Louisiana, touted as being the largest sugar cane facility in the US. The facility is owned and operated by LSR, which was originally established as a joint venture between three companies – the Texas-based Imperial Sugar Company, Louisiana-based Sugar Growers and Refiners and Minnesota-based Cargill.

In December 2011, Imperial Sugar’s stake in LSR was acquired by the other two companies in the joint venture. LSR is now a 50-50 venture between Sugar Growers and Refiners and Cargill.

Total financing for the project amounts to $190m, including construction costs and working capital. Each company contributed $30m in cash or assets as equity to capitalise the venture. State of Louisiana contributed $100m in the form of revenue bonds.

Sugar Growers and Refiners were able to finance the project with the help of a syndicate of financial institutions.

The institutions included ING Capital Natixis, a sub-syndicate of community banks led by the Bank of Commerce and First South Farm Credit. The Parish of St James issued financial support in the form of $100m in tax-exempt Gulf Opportunity zone bonds.

The project is expected to safeguard the livelihood of a large number of sugar farming households, and is anticipated to strengthen the industry as a whole. The refinery will employ 145 people when fully operational, while its construction generated around 500 jobs.

"In 2011, Imperial Sugar’s stake in LSR was acquired by the two companies in the joint venture. LSR is now a 50-50 venture."

The site has been constructed adjacent to an existing facility owned by Imperial Sugar. The existing plant was constructed in 1895.

The location of the refinery makes it possible to make use of all the infrastructure, facilities and operational support from the existing facility.

The refinery features state-of-the art equipment and automated processes for refining sugar. The raw sugar for the refinery is sourced from Sugar Growers and Refiners through a raw sugar supply agreement.

Cargill is the exclusive marketer of the sugar produced. When fully operational, the unit will refine 3,100t of raw sugar a day or one million tons of raw sugar each year.

The financial agreements were reached and initial financial closure was made in November 2009. Work on the project began on 30 November 2009, but the official ground breaking for the construction of the refinery took place on 3 February 2010.

Phased start-up commenced in January 2011 and the facility is anticipated to be fully operational in the first quarter of 2012.

The plant refines around 75% of raw sugar coming from the cane grown in Louisiana. The refining capacity has accordingly been fixed at one million tons a year.

LSR was initially planned to be constructed at a site owned by Cargill in St John the Baptist Parish. The location was later changed to St James Parish.

"LSR is a sugar cane refinery located in the town of Gramercy in Louisiana, touted as being the largest sugar cane facility in the US."

The 207-acre Gramercy site, which was owned by Imperial Sugar Company, underwent an environmental assessment under a voluntary remediation programme (VRP). The VRP was created by the Louisiana Department of Environmental Quality. LSR and Imperial jointly enrolled the site for the VRP.

The refinery was designed by Wisconsin-based Baisch Engineering.

In December 2010, Louisiana-based Turner Industries was awarded a contract to provide maintenance services for the new plant.

Siemens was contracted in March 2011 to equip the refinery with electrical and control components. The company appointed its automation division to supply a Simatic PCS 7 distributed control system and smart motor control centres.