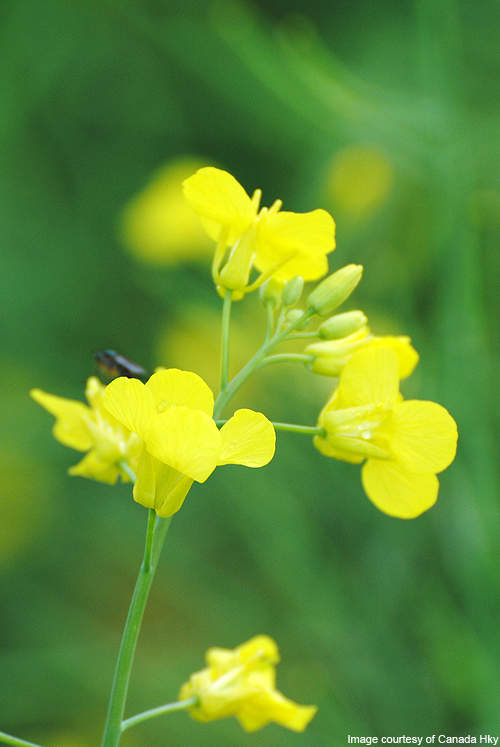 Blooms on a canola plant. 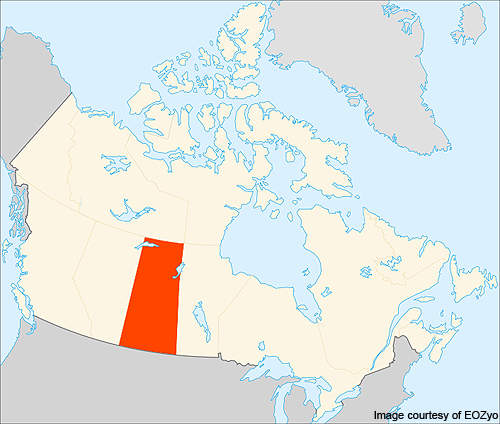 The BioExx facility will be built in Saskatchewan, Canada. 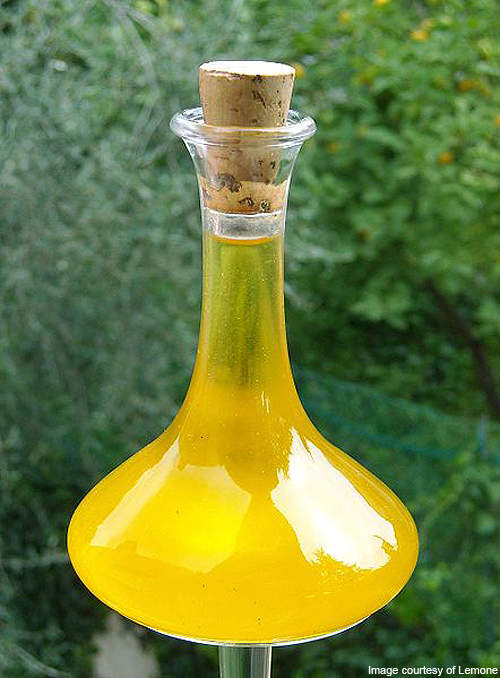 BioExx Specialty Proteins started operation of a new canola processing facility in the city of Saskatoon, Canada in March 2009.

The plant produces canola meal, canola oil for conventional and speciality industries and proteins for human use, aquafeed and speciality feed markets.

In July 2010 protein production trials were started and in August the company commercially produced the canola protein isolate with 95% purity.

In July 2009, BioExx announced its plans to construct another protein facility (80,000mt/yr capacity) in Minot, North Dakota, US.

Bio-Extraction announced its plans to construct an oil extraction plant with a capacity to process 40,000mt canola oilseeds annually in 2007. In December 2009, the company changed its name to BioExx Specialty Proteins.

“In December 2009, the company changed its name to BioExx Specialty Proteins.”

The finance included a $4.5m term facility from Farm Credit Canada (FCC) for construction of the Saskatoon plant and a $2.5m operating line of credit from the Bank of Montreal to meet working capital requirements.

The plant is expected to produce 17.5m litres of crude degummed canola oil and 13 metric tons of animal feed annually.

The oil will be further refined for use as edible oil or bio-diesel. The plant is also expected to annually produce about 11mt of protein concentrate with 65% purity.

In October 2007, BioExx purchased greenfield land in the North Corman Industrial Park in the north of Saskatoon, Saskatchewan.

The 4.5-acre industrial site is located close to a canola seed supply basin.

The Saskatchewan canola oil extraction facility is based on the continuous counter flow (CCF) bio-extraction process. Work on the Saskatoon canola plant site was started in May 2008, after the development permit approval from the North Corman Regional Municipality was received.

The plant includes a large spray dryer along with a clean room and equipment with food grade specifications.

Completion of the plant was slightly delayed due to setbacks in the delivery of structural steel, valves and electronic instruments during the final stage of installations. The project is currently in the completion phase of ancillary systems for food grade production.

The company is committed to deploy advanced control technologies to limit the emissions to nearly zero.

The Saskatoon plant will extract oil and proteins through bio-extraction and corresponding process from the oil seeds. BioExx has developed a patented technology that requires less heat for extraction than the conventional processes. The BioExx technology extracts proteins and oil from the biomass-producing canola meal.

The biomass is pre-pressed and the remaining oil is removed with patented refrigerant-based solvents. The solvents can be recovered at temperatures as low as 50oC. The conventional technologies require more than 100oC which degrades the soluble proteins in the canola meal. The proprietary BioExx protein-retentive extraction technology will extract higher quality yields of protein concentrate from the canola meal.

The BioExx meal has been found to have higher soluble protein content than the commercial canola meal produced through the hexane extraction process. A comprehensive feasibility study was conducted by the Feeds Innovation Institute at the University of Saskatchewan. The technology produces several nutritional proteins and higher value meal along with the oil.

The plant can produce new protein products due to the requirement of lower temperatures in solvent recovery process.

“BioExx has developed a patented technology that requires less heat for extraction.”

In May 2008, a patent was filed for five new protein products developed in collaboration with research partners the Feeds Innovation Institute, the POS Pilot Plant and its R&D facility.

The CONCENTREXX with 60%-70% protein weight is a canola protein concentrate for swine, aquafeeds and pet foods.

The ADVANTEXX 70 with 70%-75% protein by weight is for vegetarian foods, baked goods and meat products.

The ADVANTEXX 80 is for meat products, baked goods and other food applications.

VITALEXX is a hydrolysed canola protein isolate with more than 90% protein by weight for use in health foods, cosmetic ingredients and nutritional beverages.

AMEC Engineering was appointed for assisting BioExx in the preparation of environmental and construction permits at the site.

In October 2007, BioExx awarded the turnkey EPC contract for the process equipment of the project to Mentra Life Sciences. The Miners Construction Company of Saskatchewan was selected for construction of the plant following an extensive tender process.

In November 2007 a memorandum of understanding was signed with Viterra for supply of canola seeds. Viterra will supply 40,000mt of canola seed to the BioExx extraction plant.