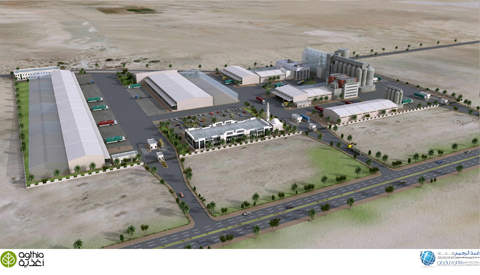 The Al Wathba Complex is being built to ensure long-term food security in the UAE. 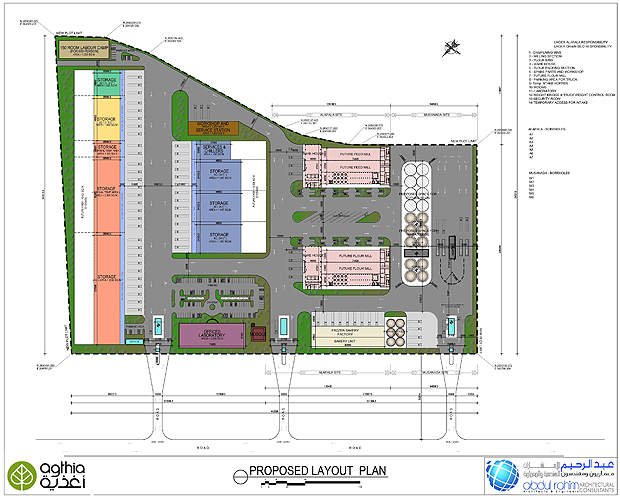 A 3D rendering showing the site layout of the Agthia Al Wathba Project. 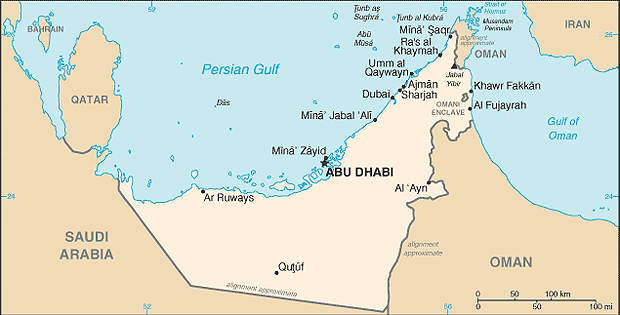 The complex will be located in Al Wathba North, Abu Dhabi, UAE.

Construction of a food production, storage and distribution complex has started in Al Wathba, Abu Dhabi in January 2011. Food and beverages group, Agthia is building the facility in partnership with the Abu Dhabi Government.

The Gulf States import about 85% of their basic food requirements. In 2008 food commodity prices in Abu Dhabi raised to the highest level in the Emirates due to global inflation, causing concerns over food security. As a result the government undertook the Al Wathba food complex project as part of a plan to ensure long-term food security in the UAE.

The facility is being built on a 122,000m² site in Al Wathba North. The area under development will be 65,000m². It will mainly include a wheat grain silos complex, a frozen baked products plant and a new flour mill for Grand Mills for Flour and Feed Company (GMFF), a subsidiary of Agthia.

The complex will also serve as a production and distribution centre for Agthia and include several factories.

The frozen baked products plant will be built in an area of 6,000m². It is expected to cost about AED65m ($18.2m) and is scheduled to start production in the second quarter of 2012.

“The complex will also serve as a production and distribution centre for Agthia.”

The silo complex will include 10 wheat grain silos with a total storage capacity of 50,000MT. They will be built over an area of 22,000m² with space to allow future expansions. The complex will be operational in the first quarter of 2012.

Abu Dhabi has a wheat storage facility with a capacity of 150,000MT at Port Zayed since 1978. The new silos will be shared between the government and GMFF and increase the essential grain stocks in the Emirate.

The new GMFF flour and feed mill will be a steel structure occupying an area of 24,000m². It has been designed with an initial capacity of 400t of flour production per day and will include dampening bins, milling section and flour bins. It will double Agthia’s annual production capacity to 300,000t and aid in streamlining of its existing operations.

Scheduled to be operational in the fourth quarter of 2011, the mill is expected to meet the current and future demand for human and animal feed products in the Emirate. It is estimated to cost approximately AED50m ($13.6m).

The master plan for the complex also includes a 1,200m² workshop, a 1,500m² service station, 3,250m² of laboratory and office space, a parking area for trucks, a weigh bridge and truck weight control room, a 1,200m² 150-room labour camp for about 600 employees and security rooms.

“Agthia announced its plans for a new frozen baked production plant in July 2010.”

The factory will use the latest technology for baked foods production, which will be new to the Middle East. It will have an annual production capacity of 15,000MT.

Future expansions at the Al Wathba mega production and distribution complex will include sales and operational personnel facilities, a distribution and logistics centre and other projects to support the complex expansions.

The entire grain silos will be owned by the Abu Dhabi Food Control Authority (ADFCA). They are being built by the Abu Dhabi General Services Company, Musanada. The silo complex will be operated and managed by Agthia.

The flour mill of GMFF is being constructed by Alapala. Abu Dhabi Distribution Company is the sub-contractor. Urbanism Planning Architecture Consultancy is the architect and engineering consultant for Alapala. Structural Engineering Company (SEC) is acting as the consultant engineer for Agthia. The frozen baked food plant is being constructed by TBD.