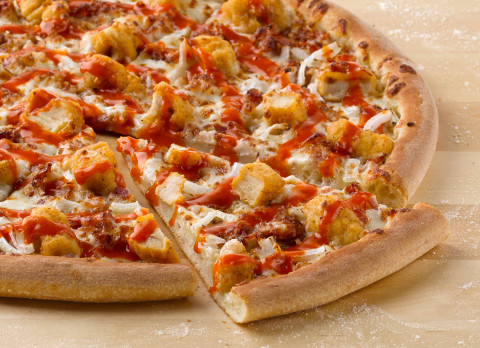 Pizza chain Papa John’s has announced that it will to serve products of chicken that have been raised without antibiotics by the second quarter of next year.

Papa John’s has become the latest fast food chain to make this announcement; Chick-fil-A announced this initiative in February, while McDonald’s made its commitment in March and Subway in September.

Papa John’s claimed that it will become the first pizza chain to make grilled chicken pizza toppings and chicken poppers from poultry raised without antibiotics, which have also been fed a 100% vegetarian diet.

While Subway set a timeline of one year, McDonald’s and Chick-fil-A will implement their similar programmes in two and five years, respectively.

"This antibiotics initiative embodies everything our brand stands for."

The pizza chain stated that it has taken concrete steps toward achieving this commitment by securing contracts with suppliers.

"I started this company over 31 years ago on a foundation of quality and a commitment to my customers to deliver on a promise of ‘Better Ingredients. Better Pizza.’ By serving high-quality chicken products without added human or animal antibiotics, we’re just taking the next step on our journey to always get ‘better’".

Headquartered in Louisville, Kentucky, Papa John’s International is one of the largest pizza chains in the world.

Food-producing animals are given antibiotics to gain weight quickly, as well as becoming resistant to diseases. However, often overuse of antibiotics tends to make bacteria-causing infections resistant and subsequently, the resistance genes of animal bacteria are transferred to humans through food.

Every year, drug-resistant Salmonella from food makes around 100,000 people fall ill in the US.

Image: Pizza chain Papa John’s has announced that it would serve products of chicken that have been raised without antibiotics by the second quarter of 2015. Photo: Courtesy of Business Wire.