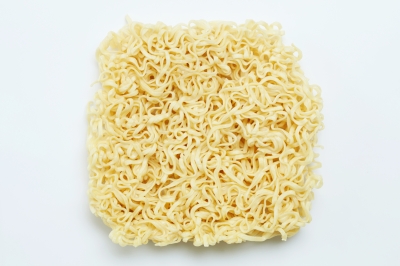 Nestle India has relaunched Maggi noodles in India just in time for Deepavali, the festival of lights, after the company received safety clearance from Bombay High Court-appointed labs for the fresh samples.

In addition to being made available on store shelves, Nestle India has joined with online retailer Snapdeal for the launch. The noodles are being offered at Rs144 (just over $2) for 12 packs of 70g each.

The instant noodles brand is being relaunched in the masala (a combination of Indian spices) variety, which was popular before the product was banned.

"The rollout has begun today. There is a feeling of satisfaction at bringing back Maggi noodles to the market."

At a press briefing, Nestle India new chairman and managing director Suresh Narayanan said: "The rollout has begun today. It has been a challenging period for Nestle, and therefore, there is a feeling of satisfaction at bringing back Maggi noodles to the market."

Nestle India stated: "We have received results from all three NABL accredited laboratories mandated by Bombay High Court to test newly manufactured MAGGI Noodles samples. All the samples of the MAGGI Noodles Masala have been cleared with lead much below permissible limits."

The company has stated that the instant noodles will not be available in eight Indian states that have banned sales.

Last month, Nestle India resumed production of Maggi instant noodles at three of its facilities, and is currently in the process of obtaining permits from the Himachal Pradesh and Uttarakhand state governments to begin manufacture of Maggi Noodles.

In October, Nestle India said that it has "conducted over 3,500 tests representing over 200 million packs in both national as well as international accredited laboratories and all reports are clear".

The company later challenged the Indian food safety regulator’s ban, and approached the Bombay High Court in August, which ordered the regulator complete re-tests within six weeks, in court-appointed laboratories. The court also lifted the ban on Maggi noodles.

Before the ban, Maggi had almost three quarters of the share in the country’s instant noodles market.

Image: Maggi Noodles has been relaunched in the Indian market. Photo: courtesy of foto76/FreeDigitalPhotos.net.