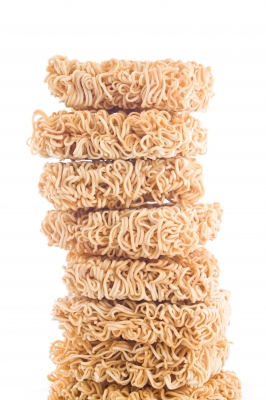 Nestle India has commenced production of Maggi noodles from its fourth facility, located at Pantnagar in the northern state of Uttarakhand.

The Indian unit of the Switzerland-based firm relaunched Maggi noodles into the market on 9 November, just in time for Deepavali, the festival of lights.

Nestle India was quoted by NDTV.com as stating: "The commencement of production at Pantnagar will have a positive and rejuvenating economic impact across the supply chain.

"In past few weeks, Nestle has been in active engagement with the authorities and has provided all the documents and clarifications, before commencement of production.

Meanwhile, the firm is yet to commence manufacturing of the noodles at its Tahliwal facility in Himachal Pradesh and is holding talks with the authorities concerned..

"We are yet to start production in Tahliwal, Himachal Pradesh and are engaging with the authorities and other stakeholders for the necessary clearance," the company stated.

Some Indian states are yet to lift ban on the noodles and the company is stated to be in the process of getting regulatory approvals.

Within two weeks of the relaunch, the company sold 45 million packs, reported Livemint.

"The commencement of production at Pantnagar will have a positive and rejuvenating economic impact across the supply chain."

Its noodles are being sold at only 200,000 retail stores across 600 cities and towns, even as it has a reach of nearly four million retail stores.

Last month, Nestle India had resumed production of Maggi instant noodles at three of its facilities.

The company’s old and fresh noodles samples cleared tests in court-appointed labs, following which it launched the product in the market earlier this month.