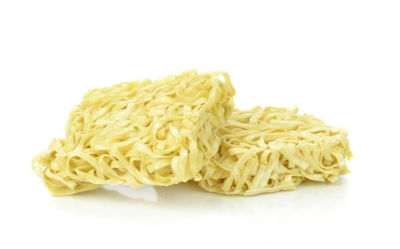 Nestle India has recommenced production of Maggi instant noodles at the last of its five facilities at Tahliwal, in the northern state of Himachal Pradesh.

This move is expected to increase the supply of the product, especially as the Tahliwal plant is one of the two major noodle manufacturing hubs.

Informing the Bombay Stock Exchange, the company stated: "We have resumed manufacturing of Maggi Noodles at its Tahliwal (Himachal Pradesh) Factory.

"With this, the company has resumed manufacture of Maggi Noodles at all five noodle manufacturing facilities."

Last week, Nestle India recommenced production of Maggi noodles at its fourth facility, located at Pantnagar in the northern state of Uttarakhand.

"With this, the company has resumed manufacture of Maggi Noodles at all five noodle manufacturing facilities."

Nestle has been resuming noodle production in a phased manner since 26 October.

The production recommencement at the Talhiwal facility is considered to be a step towards bringing production volume back to the pre-ban level, though it may take a few months to achieve that, reported Business Standard, citing experts.

Only one out of nine varieties is being currently manufactured. Before the controversy in May, the firm produced around 20,000t of Maggi noodles.

Nestle India chairman and managing director Suresh Narayanan was quoted by Business Standard as saying: "The seed of doubt that has been planted in the minds of consumers in India has to be eradicated, and we will be utilising traditional, digital and social media to connect with them."

Within two weeks of the relaunch, the company sold 45 million packs, reported Livemint.

Its noodles are being sold at only 200,000 retail stores across 600 cities and towns.

In June, the Food Safety and Standards Authority of India (FSSAI) banned the sale of Maggi noodles after it detected higher-than-permissible levels of lead, and high quantities of mono-sodium glutamade in tests carried out on a batch of products.

The company’s old and fresh noodles samples cleared tests in court-appointed labs, following which it launched the product in the market earlier this month.

Caption: With Nestlé India resuming production at its Tahliwal plant, the supply of Maggi instant noodles will increase in the next few months. Photo: courtesy of Mister GC/FreeDigitalPhotos.net.