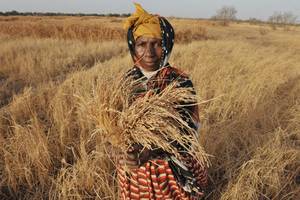 Yemen’s political conflict has resulted in close to 11m people having minimal food security, with the possibility of millions not meeting their basic food requirements, according to the Food and Agriculture Organisation (FAO) of the United Nations (UN).

Yemen has been embroiled in a conflict, with nearly all its major towns being affected due to the violence, which has led to a disruption in markets and trade, and an increase in the prices of local food.

According to an FAO report, close to 10.6m Yemenis are now severely food insecure, out of which around 4.8m are in an emergency condition, suffering from lack of access to food, increasing malnutrition and irreversible destruction of livelihoods.

Governorates in the far northwest and south are the most severely affected by food insecurity.

The price of food products have doubled, while fuel prices have quadrupled in areas such as the western port city of Hodeidah. Fresh bouts of conflict are expected to further impact import and transportation networks across the country.

"We are entering a crucial period for crop production in Yemen, and now, more than ever, agriculture cannot be an afterthought."

While two-thirds of the country’s population depends on agriculture as a means of livelihood, it also relies heavily on the import of staple crops.

The report also revealed that around 850,000 children in the country are acutely malnourished.

FAO representative for Yemen Salah Hajj Hassan said: "We are entering a crucial period for crop production in Yemen, and now, more than ever, agriculture cannot be an afterthought if we want to prevent more people from becoming food insecure amidst this crisis."

While FAO and partners have been working since 2014 to support local farmers, the organisation has only been able to make $4m of the required $12m available for the livelihood programmes.

Image: Escalation of conflict is expected to further increase food insecurity in the poverty-stricken Yemen. Photo: courtesy of Food and Agriculture Organisation.