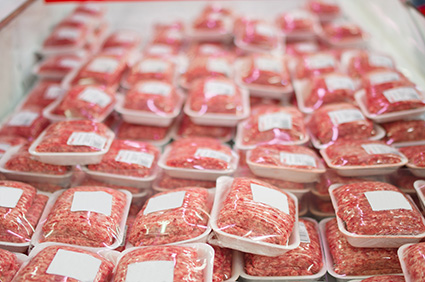 Meat products sold in the European Union are often found to contain less meat than mentioned on the label, and sometimes an altogether different variety, according to a report of European Consumer Organisation Europäischer Verbraucherverband Bureau Européen des Unions de Consommateurs (BEUC).

In the report, titled "Close-up on the meat we eat – Consumers want honest labels", the consumer watchdog stated that several additives are being pumped into meat, including water and sulphites in mince beef..

Ever since the horse meat scandal erupted in 2013, Europe’s food has been under scrutiny.

Horse meat was passed off as beef in meat products. As a result, millions of meat products had to be recalled from retail shelves in the EU.

BEUC director Monique Goyens said: "Consumers should be able to trust the label on the food they buy. If we are serious about rebuilding confidence in meat, EU member states need to beef up controls and make sure labels are complete and accurate.

"Several brands had resorted to the fraudulent practice of using other species as a substitute."

"Those purchasing fresh beef made to look as if it is 100% meat may feel deceived to discover additives in the ingredient list.

"Also, consumers buying roast pork or grilled sausages should know from the label how much meat they really contain. No one wants to buy water for the price of meat."

In the last few months, there have been many cases wherein labels did not declare the use of added water or the percentage of meat.

BEUC also found that the products carried illegal food additives, and did not declare mechanically-separated meat. Several brands had also resorted to the fraudulent practice of using other species as a substitute.