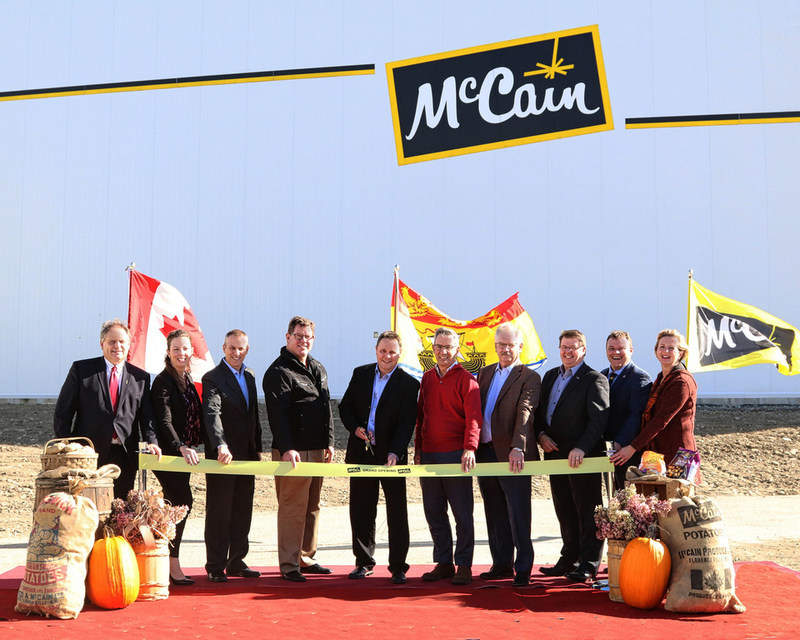 It is reported to be one of the major investments made by the company in the last decade and has seen the addition of a new 35,000ft² McCain Foods potato speciality production line.

“The official opening of the new production line reflects McCain’s ongoing commitment to invest in the needs of our consumers and customers today, and also the company’s focus towards future product development and innovation.”

“Florenceville continues to be the French fry capital of the world.”

Expansion of the production facility reflects the company’s continued growth in the North American frozen potato and potato speciality segments in both the retail and food service businesses.

The new facility is expected to create 40 new jobs and will be able to accommodate additional volume of potato produce grown on 4,000 acres of land by New Brunswick potato farmers.

Established in 1957, McCain Canada has been catering the Canadian frozen potato market segment across all retail, food service and quick-service restaurants (QSR) channels.

The company claims that its frozen potato products are produced using 100% real potatoes grown on farms close to its facilities in New Brunswick, Manitoba, and Alberta.