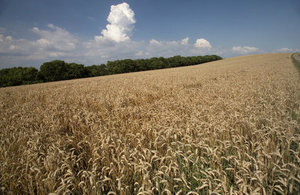 Great British Food Unit at the Weetabix factory in Kettering, Northamptonshire, UK, has been launched to boost exports and create 5,000 jobs in the country’s food and drink manufacturing sector.

The unit was set up with the aim to match France and Germany, which currently exports more than double than the UK in terms of value of food and drink.

The launch will bring together experts in exports and investment from the Department for Environment, Food and Rural Affairs (Defra) and across government to assist more businesses in selling their production worldwide.

The Food and Drink Federation (FDF) estimated that exports of manufactured goods will increase by a third to £6 billion by 2020.

"Through the creation of the new Great British Food Unit, companies large and small will now find it easier to export overseas and receive foreign investment."

The Great British Food Unit will support more foreign direct investment (FDI) in the UK food industry that posted a record of £60bn in 2014, which is almost one-third of all FDI assets in the country’s manufacturing industry.

"My long term aspiration is for the UK to match both these countries in terms of the value of exports so our food and drink becomes a worldwide phenomenon.

"From Weetabix to Yeo Valley yoghurt, I want to see more of the Great British breakfast enjoyed around the world.

"Through the creation of the new Great British Food Unit, companies large and small will now find it easier to export overseas and receive foreign investment."

Breakfast cereal maker Weetabix decided to procure all its wheat from local farmers to support the rural economy.

FDF director general Ian Wright said: "We strongly share the government’s commitment to making the UK the investment destination of choice, and agree that a growing and sustainable food and drink industry is vital to our shared economic future."

The launch of the new unit emerges after the government announced 2016 as the year of Great British Food.

Image: FDF estimates exports of manufactured goods will grow to £6bn by 2020. Photo: courtesy of gov.uk.